Ahmadreza Djalali
Share this
Speaking to IHR, his wife, Vida Mehrannia said: “The family are very worried about him. Last week, the judiciary told his lawyer that he was fine, but did not provide any further information.” 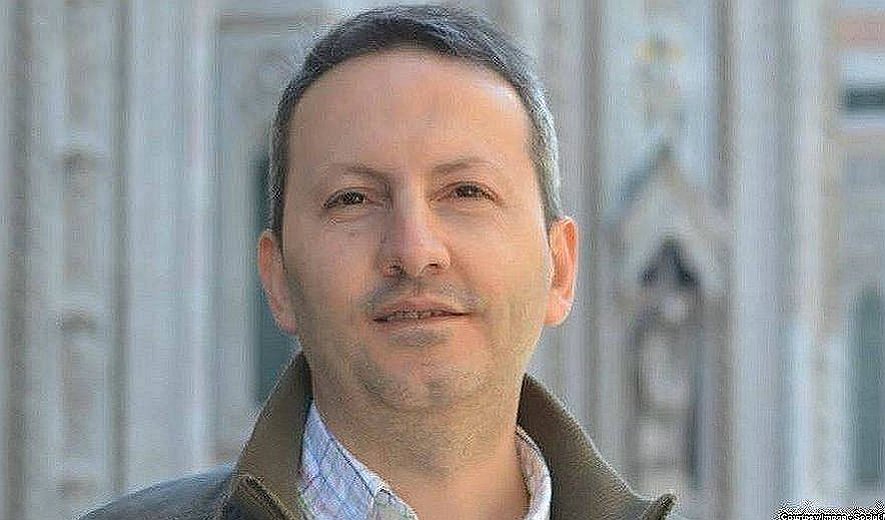 Iran Human Rights (IHR); December 27, 2020: Swedish-Iranian scientist, Dr Ahmadreza Djalali was transferred to an unknown location over a month ago and has been incommunicado since, causing his family concern over his fate.

According to Iran Human Rights, political death row prisoner, Ahmadreza Djalali was transferred to an unknown location on November 23 and has been not heard from since.

Expressing grave concern about the situation of Ahmadreza Djalali, Iran Human Rights calls for his death sentence to be overturned immediately. IHR also calls on the international community once more, to intensify their efforts to save Ahmadreza Dajalali’s life and continue until his sentence is overturned and he is returned to his family in Sweden.

On 1st December, it was reported that Ahmadreza was to be transferred to Rajai Shahr Prison for execution. Hours later, his family were informed that his execution had been postponed “for a few days”, but have not since had any phone calls or visits with Ahmadreza.

Speaking to IHR, his wife, Vida Mehrannia said: “The family are very worried about him. Last week, the judiciary told his lawyer that he was fine, but did not provide any further information.”

The Islamic Republic’s judiciary has a history of secretly executing political prisoners and belatedly informing their families. The latest of such cases was that of Kurdish political prisoner, Hedayat Abdullahpour, who was executed on May 11 this year but his family were only informed 20 days later.

Initially charged with “collaborating with hostile states”, he was later convicted of “ifsad fel-Arz (corruption on earth) through espionage for Israel” by the Revolutionary Court of Tehran which was also upheld by the Supreme Court.