Moharebeh, Zahedan Central Prison, Baghy, Baluch minorities, Hassan Dehvari, Elias Ghalandarzehi, Omid Mahmoudzehi
Share this
Iran Human Rights had previously warned that based on previous years, there would be a rise in executions over the Christmas and New Year period when most international organisations and civil society are closed for the holidays 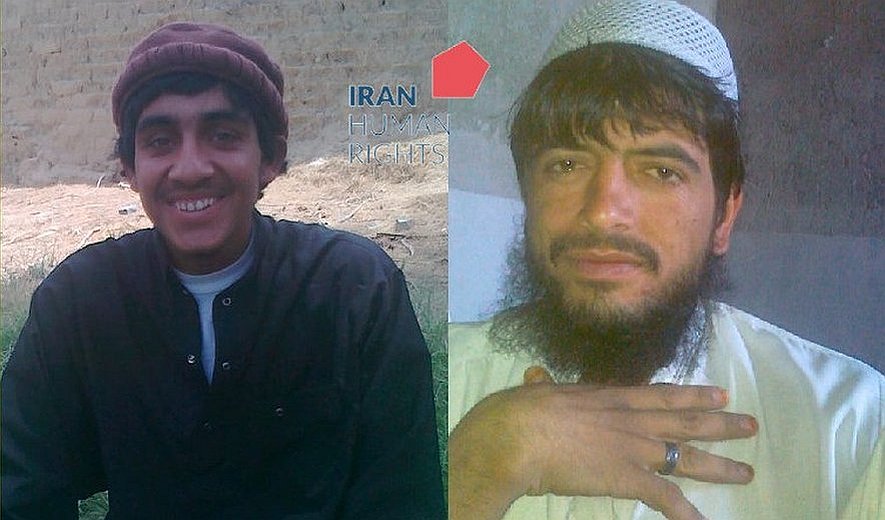 Iran Human Rights (IHR); January 3, 2021: Elias Ghalandarzehi and Hassan Dehvari, two Baluch prisoners on death row, have been executed at Zahedan Central Prison on charges of “baghy (armed rebellion). A third prisoner named Omid Mahmoudzehi, on death row for the charge of “moharebeh” (enmity against God), was also executed along with the men.

According to state-run ISNA, three prisoners were executed at Zahedan Central Prison in the early hours of this morning. Their identities are reported as Hassan Dehvari, Elias Ghalandarzehi and Omid Mahmoudzehi.

Both Saravan residents, 28 year old Hassan Dehvari was a married father of five and Elias Ghalandarzehi, 21, was an only child and married with a daughter.

Yesterday, IHR reported that Hassan and Elias had been transferred to solitary confinement in preparation for their executions. The two Baluch men had been sentenced to death on charges of “baghy (rebellion against Islamic ruler) through membership in Jaish al-Adl.”

According to a letter the men wrote from prison, before being transferred to prison, they had spent seven months in the Ministry of Intelligence’s detention centre “under torture” and had twice been taken before Judge Shah Mohammadi at Branch Six of the Revolutionary court.

The third prisoner executed in Zahedan prison this morning was Omid Mahmoudzehi. ISNA reported that he was executed for charges including “moharebeh (enmity against God) armed robbery and murder.”

Over the last fortnight, executions have intensified in the minority populated regions in the South and West of Iran. All the prisoners sentenced to death by the Revolutionary Courts have been denied their right to due process and a fair trial.

Iran Human Rights had previously warned that based on previous years, there would be a rise in executions over the Christmas and New Year period when most international organisations and civil society are closed for the holidays.