Human Rights Defender
Share this
They also reported the arrest of three civil activists, Bahman Yousefzadeh, Farhad Mousapour and Fereydoun Mousapour, in the city of Rabat in West Azerbaijan Province 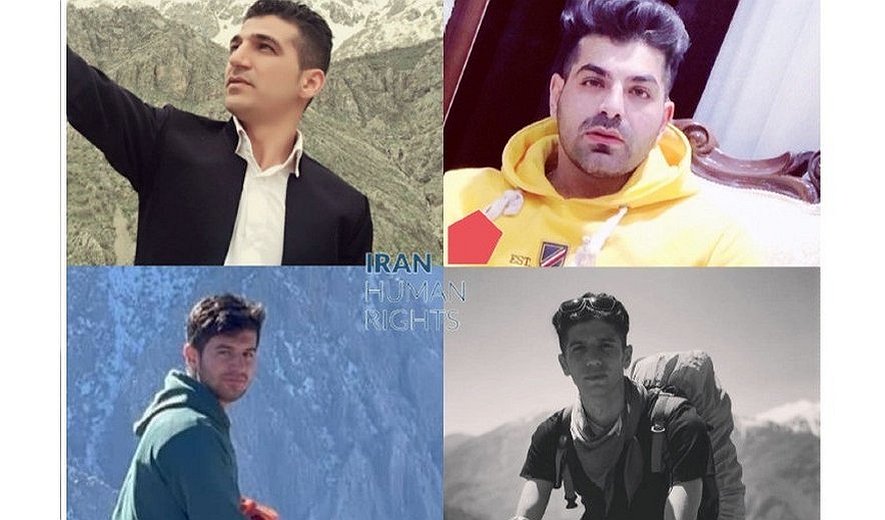 Iran Human Rights (IHR); January 12, 2021: At least 15 civil activists, students and environmental activists have been arrested in Marivan, Karaj, Mahabad and Rabat over the weekend.

According to Iran Human Rights, at least 15 activists have been arrested by security forces over the last few days. At the time of writing, the reason for their arrests and the charges against them have not been determined.

Kurdish citizens seem to have been the targets of the latest wave of arrests. In Marivan,  four environmental rights activists named Dana Samadi, 28, Sirvan Karimzadeh, 27, Zanyar Motamedi, 30 and Karvan Minouyi, 38, were arrested.

A fifth environmental activist, Karu Alidad, was also arrested in Marivan on that day but was released after spending around three hours in interrogations.

An informed source told IHR: “Zanyar and Karvan were arrested after returning to Marivan from the Iraqi Kurdistan region. Zanyar was arrested on Saturday, January 9 and Karvan was arrested the next day on January 10. They are civil activists, mountain climbers and environmental activists; they had both been active on environmental issues for the past three years.”

The source added: “Dana Samadi was arrested on Saturday morning (January 9) by three security agents while eating breakfast at a café and her family were contacted on Sunday to inform them that she was being held in the Ministry of Intelligence’s detention centre. Her family went to the Intelligence centre in Marivan but the intelligence officers denied knowing anything about her arrest.”

Also on Sunday, January 10, a group of security agents raided Kharazmi University in Karaj and arrested Farzad Samani and Sohaib Badrouj, two Marivan post-graduate students, after ransacking their dormitories. At the time of writing, there is no news of their fate.

They also reported the arrest of three civil activists, Bahman Yousefzadeh, Farhad Mousapour and Fereydoun Mousapour, in the city of Rabat in West Azerbaijan Province.

Arrests and repression of civil society activists have become commonplace in Iran, but there has been a focused intensification on minorities. Ten Baluch prisoners were executed in Zahedan Central Prison over the two-week Christmas and New Years holidays.