Navid Afkari, Vahid Afkari, Habib Afkari
Share this
“They are afraid of Vahid and Habib talking, and their biggest concern now is of what they would say on the phone. On the other hand, they are being held as hostages to keep their family under control.” 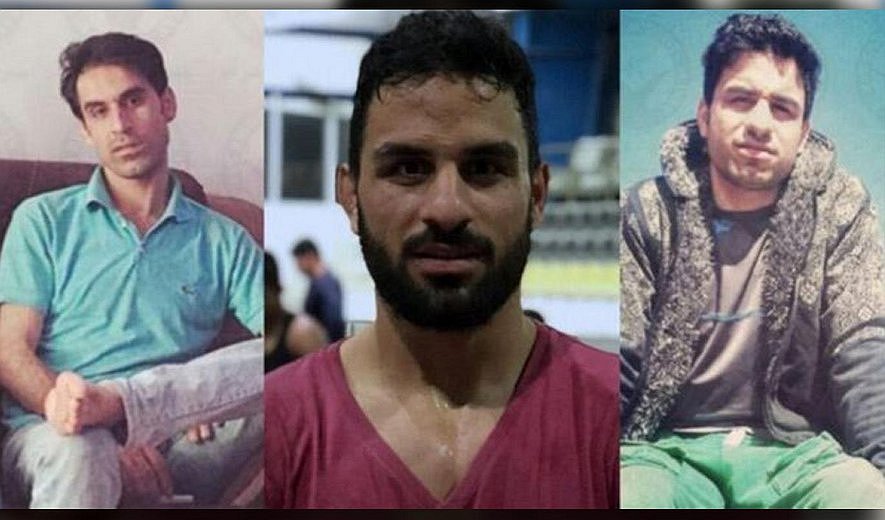 According to Iran Human Rights, Vahid and Habib Afkari have been held in solitary confinement since 5 September 2020 and have been denied the right to call their family.

An informed source has told IHR: “Every few weeks, they allow them to visit their family in the visitation booths, and since the visits take place behind glass and all their conversations are recorded, there is no way of knowing what condition they are in.”

Speaking about the complaint made by Habib and Vahid after they were beaten while being transferred to solitary confinement, the source said: “They refused to register their written complaints and they were deprived of the right to even file a complaint. In a phone call with their family the night before Navid’s execution, all three brothers said they had been beaten, with Navid enduring the most beatings. However, the media and the Fars Province Chief Forensic Physician all falsely claimed that there had been no such issues. Their family’s complaints from outside of prison have also been fruitless. There were CCTV cameras where the beatings were carried out by 20 prison guards, but authorities have made no efforts to even view the footage.”

Explaining the reasons for keeping the two Afkari brothers in solitary confinement, the source said: “They are afraid of Vahid and Habib talking, and their biggest concern now is of what they would say on the phone. On the other hand, they are being held as hostages to keep their family under control.”

The source continued: “From the outset, they pressured the family as to where to bury Navid’s body. They even threatened to withhold the body if they did not listen. Especially issues around the headstone. They day the family went to the village to prepare his grave for the stone to be laid, they (authorities) came with a loader and destroyed the grave, took everyone’s phones and arrested Navid’s father and brother to place them under more duress. They said, we decide whether there should be a headstone or not and what should be engraved on it. They threatened any one that was “close” to Navid against talking or saying anything.”

Navid Afkari was only 27 years old at the time of his execution. He was a plasterer who also wrestled professionally and according to his family, had won several medals in national competitions.

Due to the number of charges against them, the case of the three Afkari brothers was tried separately before the Fars Province Criminal Court and the Shiraz Revolutionary Court. Throughout their trial, Vahid and Navid were denied the right to choose their own lawyer and represented by a court appointed lawyer, while Habib was denied the right to any legal representation. The brothers had told the court that all their confessions were false and obtained under torture.

Navid Afkari was executed on the morning of 12 September 2020 in Adelabad Prison in Shiraz.