Moharebeh, Zahedan Central Prison, Javid Dehghan, Torture in detention, Baluch minorities
Share this
Informed sources told IHR that Javid Dehghan-Khold was unarmed at the time of his arrest and the charges against him were based on his confessions which were extracted under torture 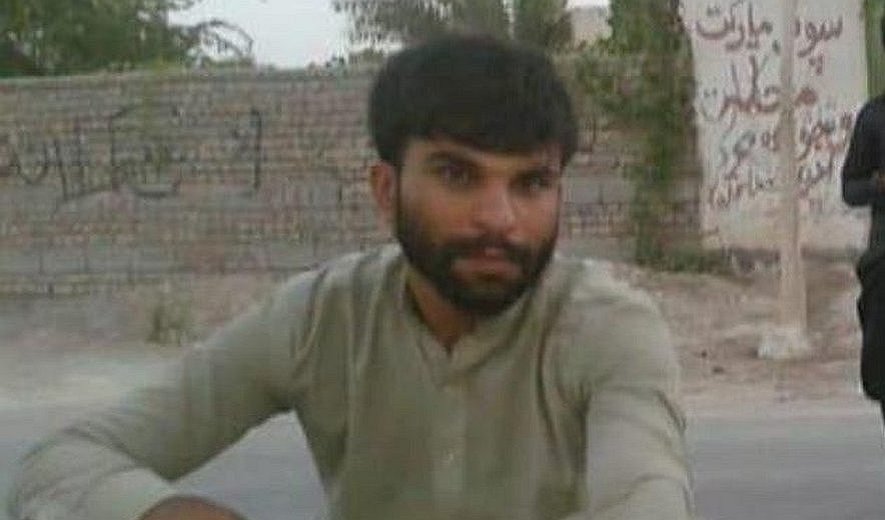 Iran Human Rights condemns Javid Dehghan-Khold’s execution in the strongest terms and calls upon the international community and Iranian civil society for a strong response to the continuing wave of Baluch executions.

The execution was carried out despite calls by the UN Human Rights Office and rights groups.

🇮🇷#Iran: We strongly condemn the series of executions – at least 28 – since mid-December, including of people from minority groups. We urge the authorities to halt the imminent execution of Javid Dehghan, to review his and other death penalty cases in line with human rights law.

IHR Director, Mahmood Amiry Moghaddam said: “Javid Dehghan-Khold was sentenced to death by the Revolutionary Court without due process and based on confessions extracted under severe torture. His execution is a crime and Iran’s authorities including Supreme Leader, Ali Khamenei and Head of the Judiciary, Ebrahim Raisi must be held accountable.”

Despite calls by @UNHumanRights #Javid_Dehghan-Khold was executed. His death sentence was based on confessions extracted under torture. His execution is a crime and IRI’s leaders including @khamenei_ir and Head of the Judiciary, Ebrahim Raisi must be held accountable https://t.co/0Mi0EuosoW

According to Iran Human Rights, 31 year-old Javid Dehghan-Khold’s death sentence was carried out in the early hour of this morning, Saturday, January 30, at Zahedan Central Prison. He had been sentenced to death on political and security charges. He was charged with “moharebeh (enmity against god) through pulling a weapon and attacking IRGC agents and membership and effective collaboration with anti-system groups (Jaish ul-Adl and Jaysh al-Nasr).”

This is while informed sources told IHR that Javid Dehghan-Khold was unarmed at the time of his arrest and the charges against him were based on his confessions which were extracted under torture.

Informed sources previously told IHR: “Javid Dehghan-Khold was arrested in 2016 and spent around two months in solitary confinement. During those two months, he was tortured to make self-incriminating confessions by the intelligence services of the IRGC (Islamic Revolutionary Guard Corps). At his trial, he told the judge that the confessions had been obtained under torture. But the Judge would not accept. After that, Javid Dehghan-Khold was taken to solitary for prolonged periods of interrogations. He has not had access to a lawyer or legal counsel during the entire process.”

Yesterday, Javid Dehghan-Khold’s family said their goodbyes in their last visit with him at Zahedan Central Prison.

On 18 December 2020, Javid Dehghan-Khold was transferred to solitary confinement in preparation for his execution along with several other prisoners, but was returned to his cell after a delay in his execution.

At the time of writing, Javid Dehghan-Khold’s execution has not been reported by domestic media or officials in Iran.

IHR previously warned of the escalation in the execution and crackdown on Kurdish and Baluch minorities and called on the international community and human rights organisations for a stronger response.

According to the IHR Statistics Department, at least 21 Baluch prisoners have been executed in Mashhad, Zahedan and Isfahan Central Prisons in the past five weeks (since 19 December 2020), with five being executed on political and security charges.