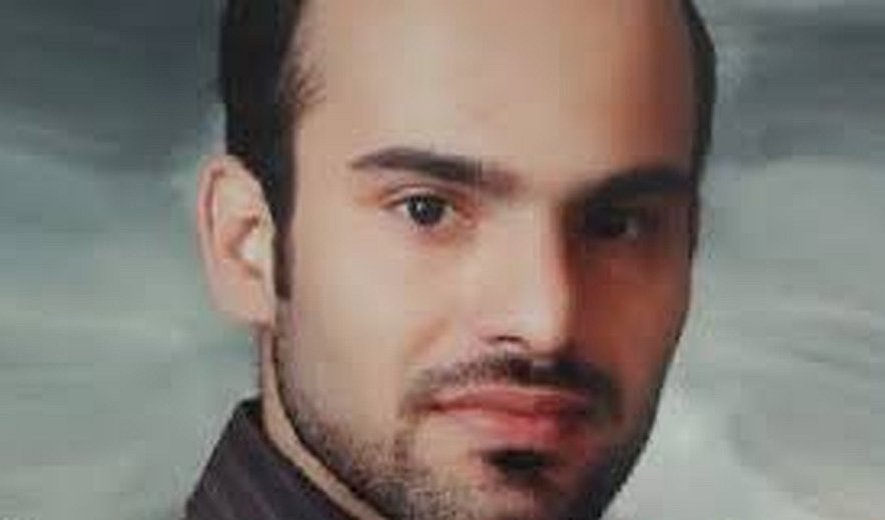 Iran Human Rights (IHR); February 21, 2021: Branch 41 of the Supreme Court has upheld 13 years and three months in prison for political prisoner, Hamed Ghara-Oghlani, currently held at Urmia Central Prison. Speaking to IHR, his sister, Hanieh described the lack of due process in his case leading to the unfair trial that handed such a heavy sentence, and says her brother is being kept in dire conditions in ward 3 of Urmia Prison where there is no separation of crimes and has been denied medical care and treatment.

34 year old architecture graduate and Urmia native, Hamed Ghara-Oghlani has been behind bars since being arrested by Ministry of Intelligence (MOIS) agents on 27 June 2020. He spent more than two weeks in the MOIS detention centre under physical and mental torture and interrogations.

He was initially sentenced to death on charges of “moharebeh (enmity against god) through  membership in the People’s Mojahedin Organisation” by Branch 2 of the Urmia Revolutionary Court on 28 September 2020. He was subsequently sentenced to 13 years and three months in prison on charges of “insulting the leader, propaganda against the system, participating in military courses and attacking Basij (IRGC) bases” by Branch 3 of the Urmia Revolutionary Court.

Speaking about her brother’s arrest and the trumped-up charges, Hanieh Ghara-Oghlani says: “Hamed had written something in a group, criticising the Velayat-e-Faqih system and was not sympathetic to the People’s Mojahedin Organisation.”

His family appealed the decision and continued to follow-up on his case until his death sentence was overturned and the 13 years and 3 months were upheld.

According to human rights sources, Hamed escaped death row because the two judges who had sentenced him to imprisonment had out-voted the third judge’s decision to sentence him to death. However, there are still ambiguities in his case as the Urmia judiciary continues to withhold details of his case.

Hanieh believes that the ambiguities in his case are due to the fact that “her brother’s case is security-related” and they do not have access to his case file: “The reason that we do not know anything about the issues and ambiguities in his case is due to the fact that Hamed’s case is security-related and they didn’t even allow him to read the judgement himself and just forced him to sign it. We do not the know exact details of the judgement due to the court appointed lawyer’s absence and betrayal.”

She continued: “The death sentence was handed down for charges of baghy (armed rebellion) which relate to membership in groups that carry out armed operations against the system. His case proceeded very quickly, it was referred to the Supreme Court on 25 December 2020 and upheld on 9 January 2021.”

According to Hamed’s sister, in “a haste,” the judges presiding over Branch 41 of the Supreme Court rushed the process to uphold the imprisonment sentence issued by the Revolutionary Court.

My brother did not have a lawyer of his choice

According to the Note to Article 48 of the Code of Criminal Procedures, only a short list of state approved lawyers are authorised to represent defendants with security and politically based charges.

Hanieh says that not only did the court appointed lawyer not present any defence in court, but has “withheld” the details of the case from his client.

She says: “I have no hesitations saying that his submissions were more like a sob story than a defence. His betrayal of Hamed was that he told him not to speak in court, I will speak for you but he did not utter a single word in court and actually fuelled the government’s fire more.”

According to Hanieh, the heavy sentences may have been due to his lawyer not presenting a proper defence and says he acted unethically: “Our appointed lawyer asked us for a bribe, and because we didn’t accept, he didn’t present a single thing in court. The lawyer had only visited Hamed once. The court hearing only lasted ten minutes so Hamed didn’t have a chance to defend himself.”

Emphasising that it took the court ten minutes to sentence her brother to death, Hanieh continues: “Hamed’s trial did not meet the minimum standards. Still, Hamed insisted that the charges against him were based on forced confessions.”

“They extracted a confession from him during the two weeks that my brother was held in solitary confinement. My mother and I were summoned and they threatened Hamed that they would arrest and kill my mother, so he was forced to sign the confessions they had extracted from him by force,” she said of the confession.

Breach of separation of categories and depriving medical care

Urmia Central Prison, also known as "Darya Prison," is made up of 17 wards and is located 15 kilometres from central Urmia city. The prison does not abide by separation of categories and political prisoners are held with prisoners convicted of murder and violent crimes. Each ward is called a “dormitory.”

Hamed Ghara-Oghlani, who is currently being held in “dormitory 3"on the ground floor of Urmia Prison, published an open letter about the poor prison conditions to head of the judiciary, Ebrahim Raisi on January 16. He wrote:

“Mr Raisi, are you aware that in Urmia Prison I am held with criminals who are using all kinds of opiates, threaten me with sharp objects, take bribes and claim to be gods?”

Hanieh says that as well as there not being a separation of crimes, he also has no access to the necessary medications and medical care.

Hamed suffers from grand mal epilepsy (major seizures) and according to his family, has been denied access to his medication by prison officials. Hanieh explains: “Hamed suffers from grand mal epilepsy and must take certain medications. Prison authorities took the medication from us but despite providing both the electroencephalogram and the doctor's prescription, they didn’t give them to him. Even when Hamed got a letter from the prison itself, the authorities would not accept it.”

According to Hanieh, in response to them trying to get the medication to Hamed, the Urmia Prosecutor’s Office stated that preventing access to the medication was "ordered by the security agencies."