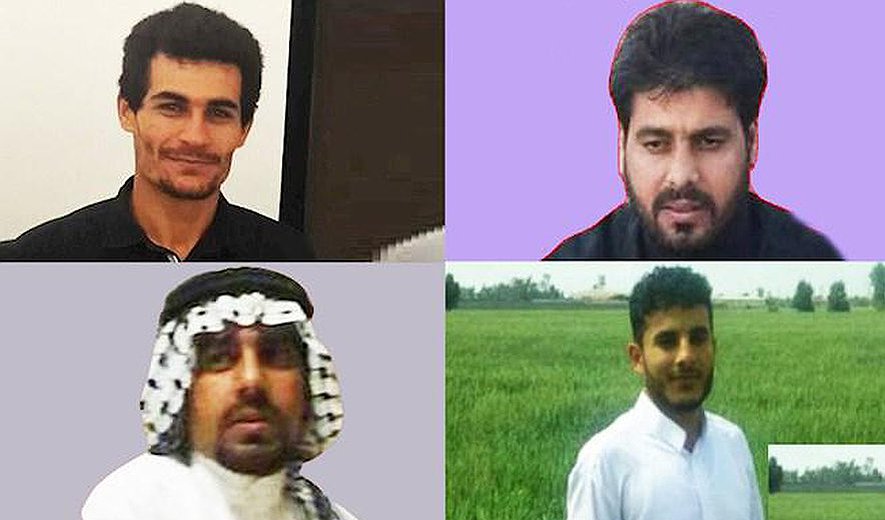 Iran Human Rights (IHR); March 1, 2021: The sentences of four political prisoners named Jassem Heidari, Ali Khosraji, Hossein Seilavi and Nasser Khafajian, who were sentenced to death in two separate cases on political and security charges, were carried out in Sepidar Prison in Ahvaz. According to informed sources, "the four prisoners were tortured during their detention and did not have access to a lawyer of their choice throughout their legal proceedings."

Informed sources have told IHR that four Ahvazi Arab citizens were executed in Sepidar prison in Ahvaz on Sunday, February 28.

“All four were subjected to the most severe torture upon their arrest by intelligence services and even after they were transferred to the prisons,” said Karim Dahimi, a political activist who provided the information to IHR.

According to the source, Jassem Heidari, Ali Khosraji and Hossein Seilavi were transferred from solitary confinement in Sheiban Prison to Sepidar Prison yesterday and were told they would be having visits with their families. It is not clear which prison or detention centre Nasser Khafajian was transferred from prior to his execution.

He said, “They obtained false confessions from them under the most severe torture and sentenced to death in an unfair trial without the presence of their lawyers of choice, and their sentences were upheld by the Supreme Court. After months of being stripped of visitation rights and without any prior notice, they transferred them to Sepidar Prison yesterday and allowed them a few minutes visits. Of course, they hadn’t told their families that they were due to be executed, they’d been told it was just a visit.”

Authorities reportedly refused to return the bodies of the four Arab prisoners to their families and buried them in secret.

Jassem Heidari, born on 10 January 1990 and an Austrian refugee, was arrested in Tehran by Ministry of Intelligence agents after returning to Iran in December 2017 and was transferred to the Ministry’s detention cells in Evin Prison. He was sentenced to death on charges of “baghy (armed rebellion) through collaborating with a dissident group” by Branch Four of the Ahvaz Revolutionary Court, which was upheld by the Supreme Court.

Jassem had been arrested for his political views several times prior. He was just 17 when he was arrested for the first time in Shoush and sentenced to seven years in prison for acting against national security.

Ali Khosraji, Hossein Seilavi, and Nasser Khafajian were arrested on 31 March 2020 and sentenced to death on charges of baghy as part of the same case by Branch 12 of the Ahvaz Public and Revolutionary Courts. They were reportedly arrested for their alleged involvement in the attacks on the Hamid checkpoint, 40 km from Ahvaz city and the 23 Mojahed police station in Ahvaz.