Iran Report; At least 267 People Executed in 2020 Despite COVID-19 Pandemic

IranReport2020
Share this
Sustainable peace and stability in the region will not be possible unless the human rights crisis in Iran is resolved. Any deal with the Islamic Republic that does not address the human rights situation in Iran, will in the best case be a temporary deal 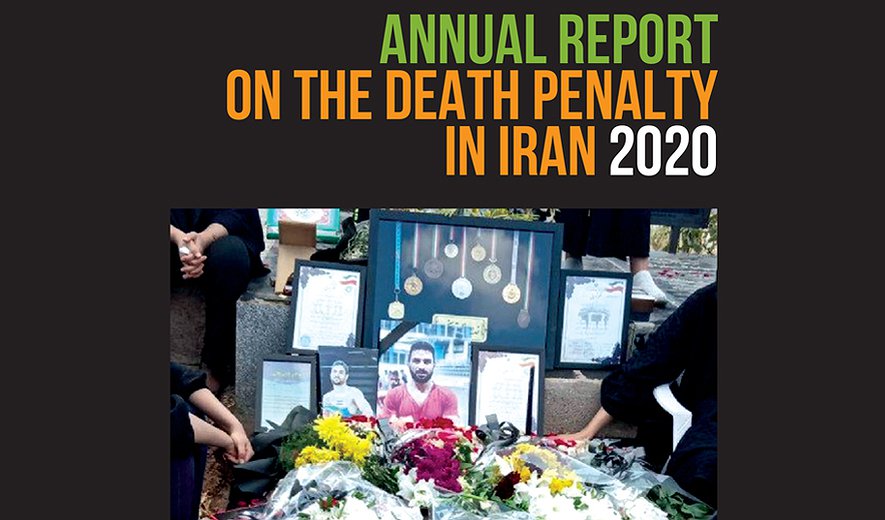 Iran Human Rights; March 30, 2021: The 13th annual report on the death penalty by Iran Human Rights (IHR) and ECPM (Together Against the Death Penalty), shows that despite the COVID-19 pandemic, the Islamic Republic continued carrying out executions as in the previous years, and remains the only country to have executed juvenile offenders in 2020.  The death penalty was also used to suppress protesters, ethnic minorities, and journalists. On the other hand, we witnessed mass online campaigns of millions of Iranians expressing their opposition to the death penalty and the dramatic increase in the number of families of murder victims choosing diya (blood money) or forgiveness over execution. IHR Director Mahmood Amiry-Moghaddam said: “The Iranian authorities’ use of the death penalty is to spread fear among the people in order to hold onto power. But protests in recent years have shown that not only are people losing their sense of fear but they are also uniting in their anger against the executions."

2020 Annual Report at a glance

The 13th Annual Report on the Death Penalty in Iran, by IHR and ECPM, is being published in the midst of the COVID-19 pandemic, with Iran being one of the hardest-hit countries. This is partly due to the fact that the authorities knowingly denied its presence and refused to implement measures to limit its spread at an early stage.

The present report shows that at least 267 people were executed throughout the country in 2020. This is at the same level as in 2018 and 2019 with 273 and 280 executions respectively, demonstrating that the Islamic Republic’s priority has been to continue the executions, instead of implementing measures to limit the spread of COVID-19 in prisons.

In fact, the ongoing executions may have been a contributing factor in the outbreak of COVID-19 in several prisons. The lack of transparency and mismanagement of the spread of Coronavirus also led to panic and riots in several Iranian prisons. The authorities’ response to the COVID-19 prison riots was to violently crackdown and implement yet more death sentences, with a particular surge being recorded in the Kurdistan region. According to the 2020 report, there was a significant increase in the number of executions in the ethnic regions of Baluchistan and Kurdistan compared to the previous two years. This has continued into 2021, with Baluchi prisoners accounting for one-third of all executions as of mid-February.

Prominent human rights defender Narges Mohammadi, who wrote the foreword of the current report expressed concern about the increasing crackdown in the ethnic regions of Iran: "...I am particularly worried about the recent arrests in Sistan and Baluchistan and Kurdistan, and I hope that anti-death penalty organisations will pay special attention to the detainees, because I fear that we will be facing another wave of executions over the coming year."

On the launch of this report, IHR and ECPM call for a moratorium on the use of the death penalty in Iran. IHR Director, Mahmood Amiry-Moghaddam said: “Iran is one of the few countries that has not reduced its use of the death penalty under the COVID-19 pandemic. We call on Iranian authorities to stop the executions immediately.” ECPM Director Raphael Chenuil-Hazan added: “We are alarmed at the disproportionate number of ethnic minority executions as evidenced in this report, and call on the international community to pay more attention to the situation in the ethnic regions of Iran.”

Like 2019, the majority of the prisoners executed in 2020 were charged with murder and sentenced to qisas (retribution in kind). At least 211 people were executed for murder charges in 2020. According to Iranian law, as the plaintiff (victim’s family) has the right to qisas, the State places the responsibility on them to decide whether the defendant should be executed or not.

In a unique survey conducted by GAMAAN research foundation for IHR and the World Coalition Against the Death Penalty (WCADP) measuring “Iranians’ attitudes toward the death penalty”, only 21% of Iranians said they would prefer qisas (death penalty as retribution) if an immediate family member were murdered. This correlates with the data on cases where plaintiffs have chosen forgiveness and diya (blood money) instead of qisas. According to the present report, there were at least 662 cases of forgiveness, surpassing the number of qisas cases by more than 300%. The survey also revealed that 70% of Iranians want either complete abolition (44%) or a restriction to very unique cases (26%). Furthermore, the survey showed that more than 85% of Iranians oppose the practice of public executions and death penalty for those under the age of 18 at the time of their alleged crime.

The mounting public opposition to the death penalty in Iran became even more apparent when Iranians united organically in a Twitter campaign that saw the Farsi hashtag #اعدام_نکنید (“don’t execute”) trend globally. The Farsi hashtag was used more than 4 million times within two days to protest news that three young protesters’ death sentences had been upheld on appeal. Consequently, a retrial in a court of equal standing was approved by Iranian authorities. However, Mostafa Salehi and Navid Afkari, who had both been arrested in relation to the 2017-2018 nationwide protests, were executed after being falsely charged with murder. Both had also been subjected to torture and ill-treatment to obtain false confessions. Documents and voice recordings of Navid’s case published by IHR revealed the gross breaches of due process in Iran.

It has been a year since Ebrahim Raeisi, the new head of the judiciary, appointed by the Supreme Leader Ali Khamenei, took office in March 2020. Raeisi had a major role in the prison massacre of several thousand political prisoners in the summer of 1988, widely considered to have amounted to crimes against humanity. In his first year in office, Ebrahim Raeisi has lived up to his reputation by increasing the number of political executions. Besides the two protesters and several ethnic minorities executed for their affiliation to dissident groups, Iranian authorities also hanged Ruhollah Zam, a dissident journalist and the director of a news outlet channel after abducting him from neighbouring Iraq. This is the first case of a journalist being executed in Iran since the 1980s.

Contrary to its international obligations, the Islamic Republic was the only country in the world that executed juvenile offenders in 2020: at least 4 of them were executed. According to different sources, there are more than 84 juvenile offenders at risk of execution.

According to the 2020 report, one person was publicly hanged in Iran. This is the lowest number of public executions in the last two decades. While reports indicate that the reduction was due to the COVID-19 pandemic, rather than a change in policy, IHR and ECPM welcome the decline and echo the voice of Iranian people by calling for the permanent eradication of public executions.

With the new United States administration, direct negotiations and talks are more probable between the Islamic Republic and the West. Execution rates were at their highest in more than 20 years when the last round of nuclear negotiations took place in 2015. IHR and ECPM stress the importance that human rights and the issue of the death penalty be preconditions in any talks with Iran. IHR Director Mahmood Amiry-Moghaddam said: “Sustainable peace and stability in the region will not be possible unless the human rights crisis in Iran is resolved. Any deal with the Islamic Republic that does not address the human rights situation in Iran, will in the best case be a temporary deal which is doomed to fail.”

We are also just months away from the June presidential elections in Iran. In previous years, Iranian authorities have intensified the use of the death penalty in the months leading up to the elections, in order to create fear and prevent protests from taking place in the relatively open atmosphere afforded in the preceding and post-election days. IHR and ECPM therefore warn of a potential wave of executions in April and May 2021. We call on the international community to pay special attention to the human rights situation and respond in a stronger manner to reports of executions and crackdowns aimed at preventing protests that have been brewing since November 2019.