IranReport2020
Share this
Reports by IHR reveal at least 4,047 people have been executed during the 7.5 years of Hassan Rouhani’s presidency 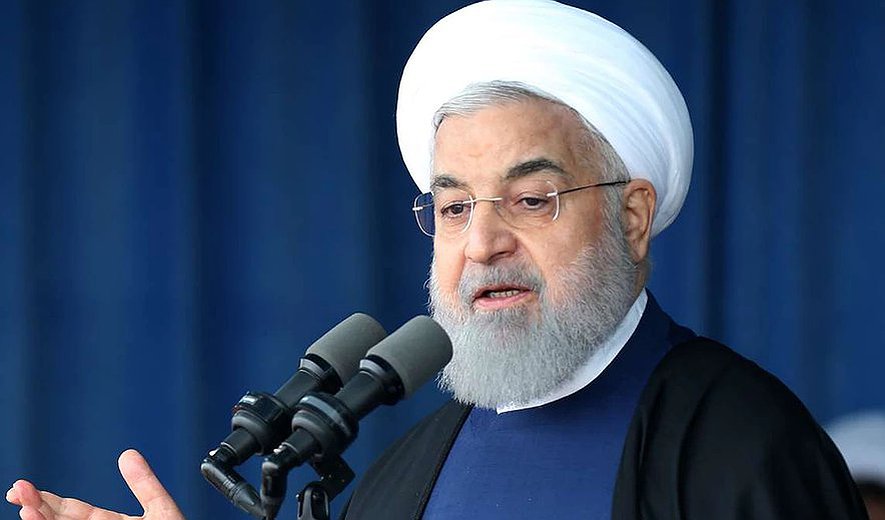 The 13th Annual Report on the Death Penalty in Iran provides an analysis of the number of executions under Mahmoud Ahmadinejad compared to Hassan Rouhani.

The following is an excerpt from the Annual Report on the Death Penalty in Iran.

Read the full PDF version of the report

This 2020 annual report is being published just months before the end of Hassan Rouhani’s second and, according to the Constitution, last presidential term. Reports by IHR reveal at least 4,047 people have been executed during the 7.5 years of Hassan Rouhani’s presidency. This is significantly higher than the number of reported executions during the 8 years of Ahmadinejad’s presidency. Although the president does not have a direct role in issuing or implementing executions, Hassan Rouhani has never criticised or expressed concern about the sharp rise in the number of executions during his presidency.

The figures above show the reported execution numbers during Mahmoud Ahmadinejad’s two terms in office (from June 2005 to June 2013) and 7.5 years of Hassan Rouhani’s presidency (July 2013 to December 2020). The figures are based on reported numbers and the actual numbers are probably higher. There are bigger margins of error for the numbers under the first round of Ahmadinejad’s presidency (2005-2009). 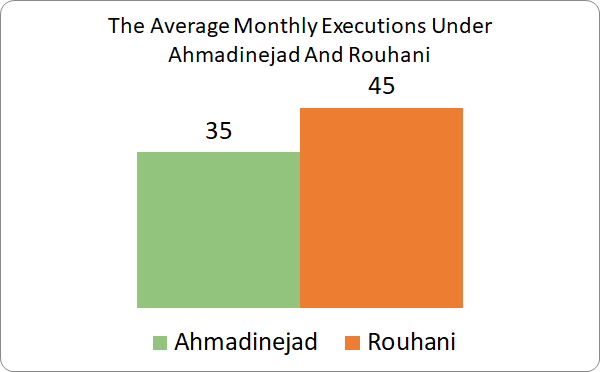 A review of Rouhani’s 7.5 years as president shows that the average monthly number of executions under his presidency was 45, compared to an average of 35 monthly executions during the two periods of the previous president, Mahmoud Ahmadinejad. It should be noted that the Amendment to the Anti-Narcotics Laws in 2017 also significantly reduced the monthly average execution count during Rouhani’s presidency.