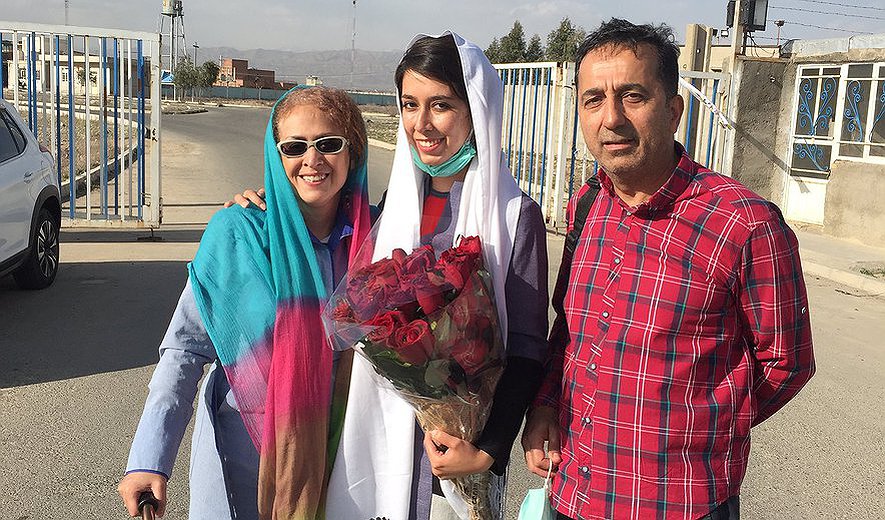 Iran Human Rights (IHR); April 3, 2021: Human rights defenders Saba Kordafshari and Raha Ahmadi have been furloughed from Qarchak prison. Saba’s furlough is said to be seven days long and Raha’s is related to her release.

According to Iran Human Rights, Saba Kordafshari and Raha Ahmadi were furloughed from Qarchak Prison today. According to Hrana news agency which first reported the news, Saba has been furloughed on a bail of 2.2 billion Tomans. Saba’s furlough comes after she tested positive for COVID-19 twenty days ago.

Saba’s mother, Raheleh Ahmadi was previously furloughed on Sunday, March 14. She had been serving her 31 month prison sentence in Evin Prison since 15 February 2020. It is believed that Raha’s furlough is related to her release and she will not have to return to prison.

Click here for more background on Saba and Rahaleh’s case, as well as other human rights defenders in Iran.