Human Rights Defenders, Farhad Salmanpour
Share this
Farhad is one of the recent wave of political prisoners to have been “prison exiled” as a means of exerting more pressure on them 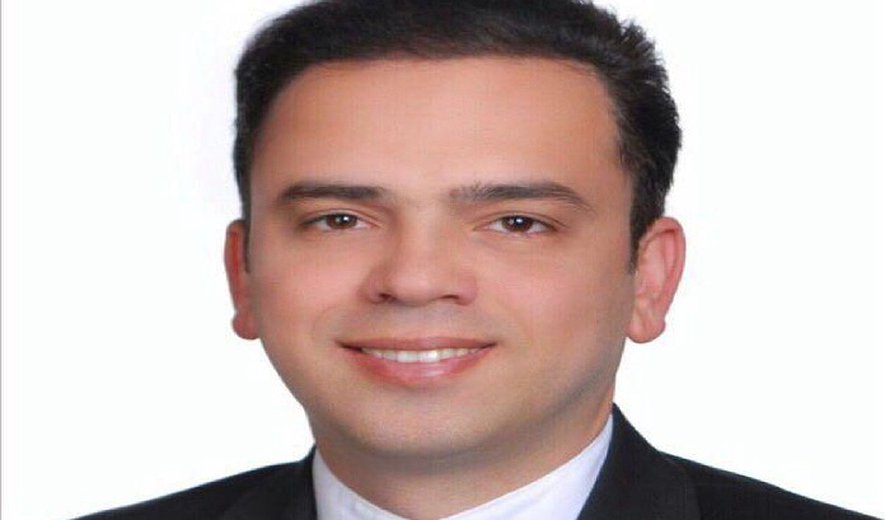 Iran Human Rights (IHR); April 7, 2021: Farhad Salmanpour Zoheir, a civil activist and whistleblower currently held at the 2nd Brigade of the Greater Tehran Penitentiary (Fashafuyeh), has been denied medical care despite several injuries and is kept with prisoners convicted of violent crimes without regard for the principle of the separation of crimes.

His lawyer, Mohammad Hossein Aghasi told Iran Human Rights that the prison prosecutor had not responded to any of his or Farhad’s family’s requests for a medical furlough.

Farhad Salmanpour Zoheir is a whistleblower and former Office of the President employee who was arrested by security forces on 21 August 2019. According to reports, he has been under duress to confess to his connection with Ruhollah Zam, the late director of AmadNews Telegram channel, who was executed on 12 December 2020.

Speaking to IHR, Mohammad Hossein Aghasi said: "According to my client’s radiology images, one of his spinal vertebra is cracked and another vertebra is bruised and he must be admitted to a specialist hospital ward for treatment.”

According to Mr Aghasi, despite multiple outside doctors booking appointments for Farhad to be treated, he has thus far been denied access to medical treatment.

Farhad Salmanpour Zoheir was sent to Loghman Hakim Hospital in Tehran in late November 2020 due to another fracture to his spine and while he was in excruciating pain, but was returned to prison without receiving treatment.

Other than his spinal cord injury, he also suffers from a lung and neck injury which were caused when he was subjected to numerous forms of torture.

Farhad has been attacked by non-political prisoners on at least one occasion which damaged his spinal cord. He had previously stated that several prisoners had been commissioned by prison authorities to harass him.

His lawyer explains, “As far as I know, Farhad was thrown from the top of a triple bunk bed by another prisoner and according to my client, the prisoner had been commissioned to do so.”

According to Mr Aghasi, his client had filed a complaint against the assailant but no action was taken and the case was ultimately closed.

The principle of the separation of crimes according to legal standards dictates that prisoners  be separated according to their crimes. However, judiciary officials routinely breach the principle as a means of putting pressure on political prisoners.

“Fashafuyeh Prison was established to house ordinary prisoners, but in some cases political prisoners have been transferred to Fashafuyeh as punishment or where other prions have been full,” the lawyer explains.

Farhad Salmanpour Zoheir worked at the Office of President under Mahmoud Ahmadinejad and was arrested on the street without an arrest warrant by Ministry of Intelligence forces on 21 August 2019. He was taken to the Ministry’s Ward 209 in Evin Prison, where he was kept in solitary confinement for 45 days.

Around two months later, IHR sources reported that Farhad was subjected to the most severe torture in order to obtain a forced confession about his connection to Ruhollah Zam, the dissident director of AmadNews Telegram channel. It was even reported that at one point, Farhad was brought face to face with Ruhollah Zam.

Farhad was arrested and imprisoned by security forces several times over the years. In early November 2019, his trial was held at Branch 28 of the Tehran Revolutionary Court, presided over by Judge Iman Afshari. His charges included: “assembly and collusion against national security, propaganda activities against the system through cyberspace activities, publishing classified information and documents, collaborating with counter-revolutionary elements and foreign dissident websites, and networks and insulting the leadership and insulting Ruhollah Khomeini.” He is still awaiting a judgement in his case.

Having helped political prisoner Saeed Malekpour escape the country, leaked information about Ayatollah Makarem Shirazi’s $150 million fraud during Ahmadinejad’s presidency and published documents about the smuggling of drugs by elements of the Islamic Republic, will also be held against him by judiciary officials.

Farhad is one of the recent wave of political prisoners to have been “prison exiled” as a means of exerting more pressure on them.

Located 32 km south of Tehran and originally built in 2012 to house prisoners convicted of drug-related charges, in rencent years other prisoners have been sent to the Greater Tehran Penitentiary to deal with overcrowding in other prisons and as a method of additional punishment. According to published reports, the prison lacks basic medical facilities and services.