Saba Kordafshari, Raheleh Ahmadi
Share this
After Saba was separated from her and exiled to Qarchak Prison, Raheleh Ahmadi suffered from a ruptured disc from the mental stress and needs the aid of a walking frame to walk 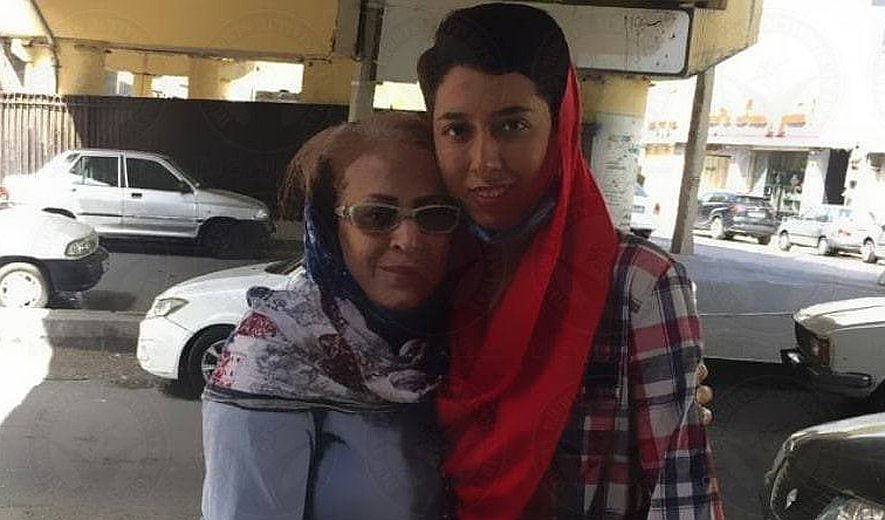 According to Iran Human Rights, women’s rights activist Raheleh Ahmadi who had been on furlough since March 14, returned to Evin Prison today after authorities refused her request for an extension.

At the same time, her daughter, Saba Kordafshari who was furloughed on April 3 on a bail of 2.2 billion Tomans returned to Qarchak Prison. Saba had tested positive for COVID-19 before being furloughed from prison.

According to HRANA news agency, after Saba was separated from her and exiled to Qarchak Prison, Raheleh Ahmadi suffered from a ruptured disc from the mental stress and needs the aid of a walking frame to walk.

Raheleh Ahmadi was also arrested by security agents at her home on 10 July 2019 and later released on a bail of 700 million Tomans pending her trial. On 16 December 2019, Branch 26 of Tehran Revolutionary Court, presided over by Judge Afshari, sentenced Raheleh to a total of four years and two months in prison; three years and six months for “assembly and collusion to act against national security through cooperation with dissident media”, and eight months for “propaganda against the system.” She was acquitted of the charge of “inciting and facilitating corruption and prostitution”.

Her sentence was reduced to two years and seven months in prison for not protesting the decision. Raheleh was arrested on 15 February 2020 after attending Branch 3 of the Evin Court and transferred to the Women’s Ward of Evin Prison to serve out her sentence.