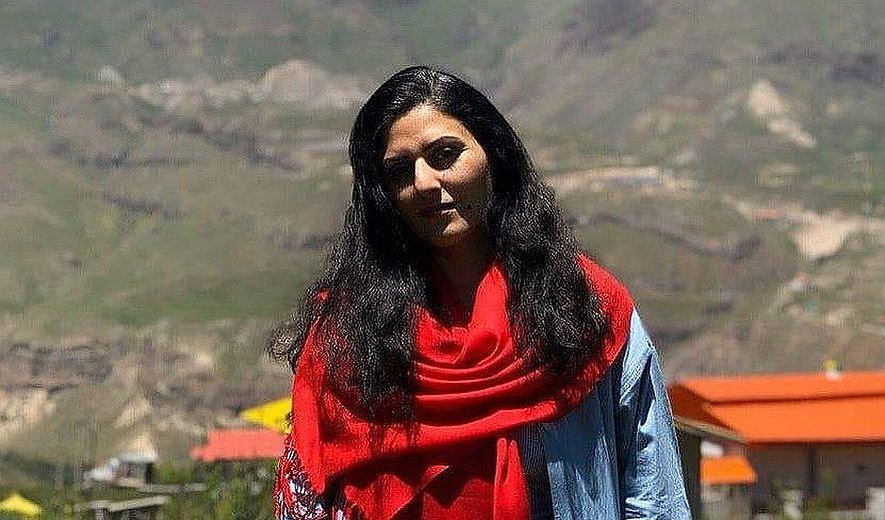 Iran Human Rights (IHR); April 16, 2021: Human rights defender Golrokh Ebrahimi-Iraei, who was prison exiled to Amol Prison in late January, has been sentenced in absentia to another year in prison on trumped-up charges.

According to Iran Human Rights, human rights activist, Golrokh Ebrahimi-Iraei has been sentenced to a year in prison and a two-year ban on membership in political groups and parties, and from leaving the country by Branch 26 of the Tehran Revolutionary Court. The “propaganda against the system” charge was brought against her while she was already in Qarchak Prison.

According to Hrana news agency which first reported the news, Golrokh has been denied access to a lawyer throughout the proceedings.

Golrokh was last arrested by security forces on 9 November 2019 at her home in Tehran and held overnight in the Vozara Detention Centre in Tehran before being transferred to Qarchak Prison. She was arrested just six months after being released from prison for her previous case.

Her last prison sentence was also for charges she is accused of having committed while she was still in prison. A group of political prisoners staged a protest in the women’s ward of Evin Prison following the executions of Kurdish political prisoners Zanyar and Loghman Moradi. In a case that was opened against the women, Golrokh Ebrhimi-Iraei and Atena Daemi were sentenced to two years and one month of imprisonment for “insulting the founder and leader of the Islamic Republic” and one year and six months for “propaganda against the system” by Branch 26 of the Revolutionary Court of Tehran.

Singing songs in protest to the executions of Zanyar and Loghman Moradi were found to be “insulting the founder and leader of the Islamic Republic” and their letters from prison being published by human rights organisation were considered to be “propaganda against the system.”

Golrokh’s husband, Arash Sadeghi is being held in Rajai Shahr Prison and has been denied adequate medical care despite suffering from chondrosarcoma, a rare type of bone cancer and the other health issues caused by his prolonged hunger strikes and lack of medical care following his surgery.