IHR: The International Community Must Work for the Release of Ali Younesi and Amirhossein Moradi

Amirhossein Moradi, Ali Younei
Share this
Security forces had also told Ali Younesi that they were taking him to meet with the Swedish ambassador, but he realised in time that it was security trap 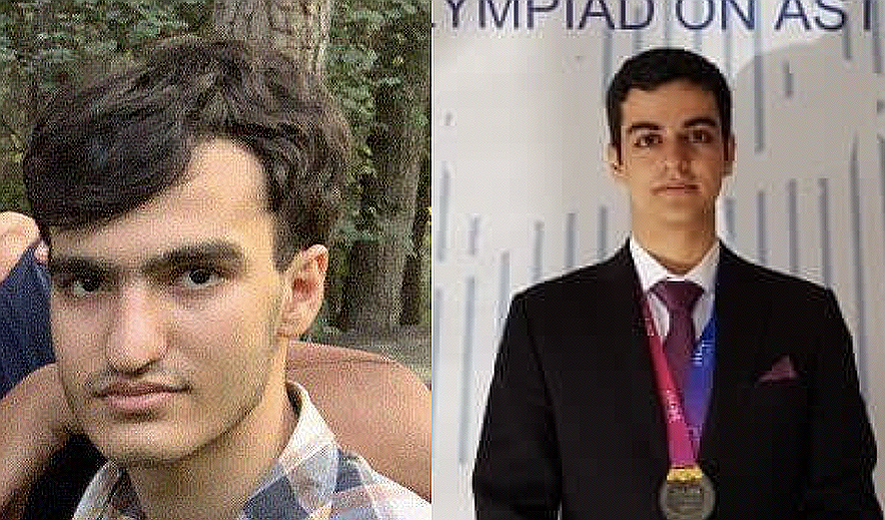 Iran Human Rights (IHR); April 16, 2021: According to a former cellmate, students Ali Younesi and Amirhossein Moradi have been subjected to torture and ill-treatment in order to force false confessions from them. A year after their arrest, Ali and Amirhossein are still held in security Ward 209 of Evin Prison without a trial or access to their lawyer.

Their lawyer has said that he has not been permitted to meet or speak with his clients and that they had been charged with efsad fil arz (corruption on earth). Punishable by death, the charge puts Ali and Amirhossein at risk of execution. Iran Human Rights had previously warned of the impending heavy sentences and televised confessions that the two students would be facing.

According to former political prisoner and eyewitness, Mojtaba Hosseini, Ali Younesi was still suffering from the blows to his eyes three months after his arrest.

IHR Director, Mahmood Amiry Moghaddam said: “Over the past year, Ali Younesi and Amirhossein Moradi have been under the most intense pressure to force false confessions and have not had access to lawyers of their choice. The allegations made against them by the judiciary have been fabricated by the security institutions and have no legal basis. We are worried that they will be forced to make false confessions through duress and torture, which can be used as the basis of heavy sentences against them.”

According to Mojtaba Hosseini, the forced confession filming sessions sometimes lasted all night and did not end until the scripts were read in the exact tone and manner the interrogators were looking for.

Reiterating its previous position in condemning their treatment, which is unlawful even by the Islamic Republic’s own laws, Iran Human Rights calls on the international community to ensure the immediate release of the two imprisoned students, access to their lawyers and due process and a fair trial in their case, irrespective of any charges by interrogators and confessions that may be extracted from them under pressure.

Ali Younesi, a computer engineering student at Sharif University of Technology, and Amir Hossein Moradi, a physics student at the university, were arrested without a legal summons on 10 April 2020 and were held in solitary confinement for two months before being transferred to the Ministry of Intelligence’s (MOIS) Ward 209 in Evin Prison.

In an interview with Emtedad online, their lawyer, Mostafa Nili said that he has not been permitted to meet or speak with his clients in the last year. Additionally, their trial which was due to take place this week, was postponed after security forces arbitrarily decided not to take the two students to court.

Ali’s brother, Reza Younesi had previously said: "Ali was brought home by 12 plainclothes security officers. The agents had beaten him severely, he had blood on his face, head injuries and had been physically assaulted. The officers ransacked the whole house and took all the mobile phones, computers and my father’s car."

Mojtaba Hosseini, a former political prisoner who was held in Ward 209 of Evin Prison for some time and is now outside of Iran, told IHR that throughout the two-month interrogation phase, Ali Younesi was held in a small solitary confinement cell with bright lights on 24/7, which prevented Ali from ever resting.

The pressure from the prolonged interrogations sessions and threats against his family caused Ali Younesi to tell interrogators that he was willing to even confess to killing Imam Hossein (the third Shi’ite Imam) during Ashura (the Battle of Karbala, 680 AD), if they released him.

Security forces had also told Ali Younesi that they were taking him to meet with the Swedish ambassador, but he realised in time that it was security trap.

Iran Human Rights considers such pressure tactics to be a tool by security forces to stage forced confessions and be used as evidence in issuing the death penalty, and warns of the risk to Ali Younesi and Amirhossein Moradi’s lives.

On 5 May 2020, Gholamhossein Esmaeili, the spokeperson for the Islamic Republic’s judiciary accused Ali and Amirhossein of having links with dissident groups and being in possession of “explosive devices.” Their families have vehemently denied such claims.

Referring to the COVID-19 pandemic, Gholamhossein Esmaili, said the two students “wanted to create a catastrophic situation during Corona, which was thwarted by the vigilance of security forces."

At the time, Ali's sister, Aida Younesi, reacted to the judiciary's charges in a Twitter message. She called all the allegations "ridiculous" and said it was unclear what had happened to her brother in the past 26 days.

It should be noted that the Iranian security services have a history making false allegations and forcing false confessions under duress. In one case, Maziar Ebrahimi, an Iranian citizen, was arrested on charges of involvement in the assassination of nuclear scientists in 2012 by the Ministry of Intelligence. He pleaded guilty to the allegations in a televised confession, but was acquitted and released in 2014  when his innocence was proven following a dispute between the Islamic Republic Guards Corps (IRGC) and the Ministry of Intelligence. It is believed that many people have been victims of false allegations charges and never had the opportunity to prove their innocence.