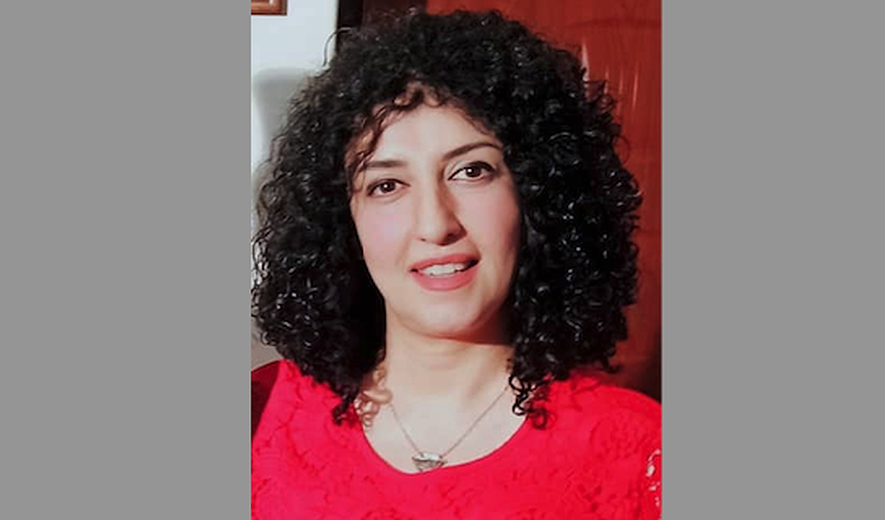 Iran Human Rights (IHR); May 23, 2021: In a new trumped-up case, human rights defender Narges Mohammadi, who was released from prison in October, has been sentenced to a further 30 months’ imprisonment, 80 lashes and a fine. Iran Human Rights condemns the ruling in the strongest terms and calls on the international community to react and act.

“Narges Mohammadi has continued to peacefully protest against the death penalty and human rights breaches despite previously enduring the heavy costs. The international community must condemn the unfair and unlawful sentence against Narges Mohammadi and support her calls for citizens to have basic human rights,” said Mahmood Amiry-Moghaddam, Iran Human Rights’ director.

In an Instagram post shared today, Narges wrote: “I received a notice yesterday. It was a court order. 80 lashes, 30 months’ imprisonment and two fines. They charged me for my 2019 sit-in against the killing of protesters on the streets and called it disruption. Statements that I wrote in prison, they pointed to the statements against the death penalty. Speaking out against the brutal and shameless (sexual) assaults by government officials during my sit-in and unlawful prison exile are called slander and disobeying the prison warden’s orders. Breaking the glass of the prison office after a group of men from the security, military and judiciary tried to aggressively touch me has been called damage. More disgracefully, I have been convicted of holding a party and dancing. They want to flog me 80 times, lock me up for 30 months and take money from me. I will not abide by any of these rulings.”

Narges Mohammadi is a human rights and anti-death penalty activist, journalist, former deputy director of the Defenders of Human Rights Centre (DHRC) and member of Legam, the ‘step by step to stop the death penalty’ campaign. She was last arrested on 5 May 2015 and served her sentences in Evin and Zanjan prisons before being released on 8 October 2020. While behind bars, she protested against the brutal suppression of the November 2019 nationwide protests along with several others in Evin’s women’s ward and was consequently violently transferred to Zanjan Prison on 25 December 2019. Despite suffering from multiple health issues, she was only granted three days of furlough throughout her detention.