Juvenile Offenders, Death Row, Ali Arjangi
Share this
Given the security state and repression of civil society activists and the limited contact with prisoners, it is likely that the number of juvenile executions is much higher than recorded 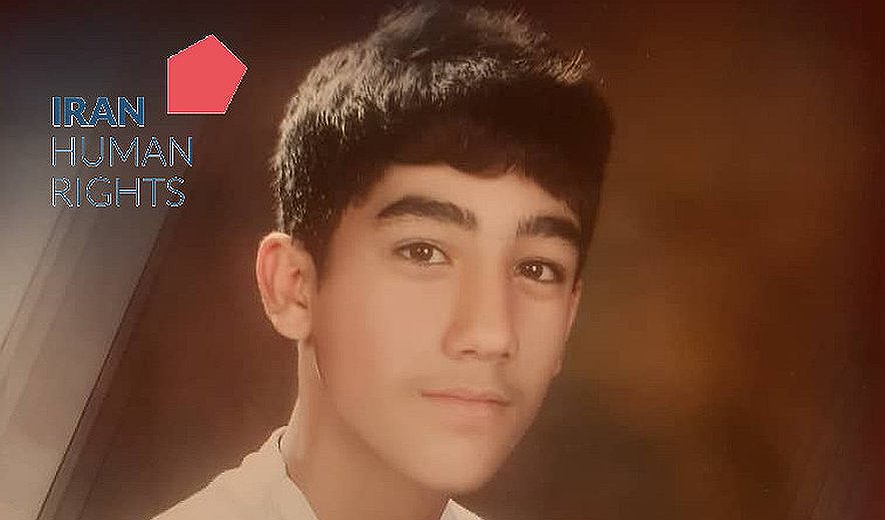 “Ali Arjangi’s suicide attempt may be his last effort to make his voice be heard by the international community. A voice that says, I want to live. I hope the media and international community hear Ali’s voice and do what they can to save his life,” said Mahmood Amiry-Moghaddam, director of Iran Human Rights.

An informed source told IHR: “Ali Arjangi tried to end his own life by slitting his throat and veins before his execution is carried out. Prison officials transferred him to Fatemi Hospital in Ardabil, where he is in now in critical condition and has 45 stitches.”

Ali Arjangi Fardqujeh Biglou is a child criminal who was arrested four years ago and is still on death row in the youth prison of Ardabil Central Prison.

Ali Arjangi was arrested four years ago and has been on death row in the juvenile ward of Ardabil Prison. IHR previously published his voice message from prison where he pleaded for help as his disabled mother was unable to come up with the 1 billion Tomans diya set by the victim’s family.

Informed sources had previously told IHR that Ali and his lawyer had pleaded self-defence in his defence in court and believe that he is innocent. According to the sources, Ali was found to be mentally fully mature by the forensic medical examiner and sentenced to death by Branch Three of the Criminal Court, the child and youth court, which was upheld by the Supreme Court.