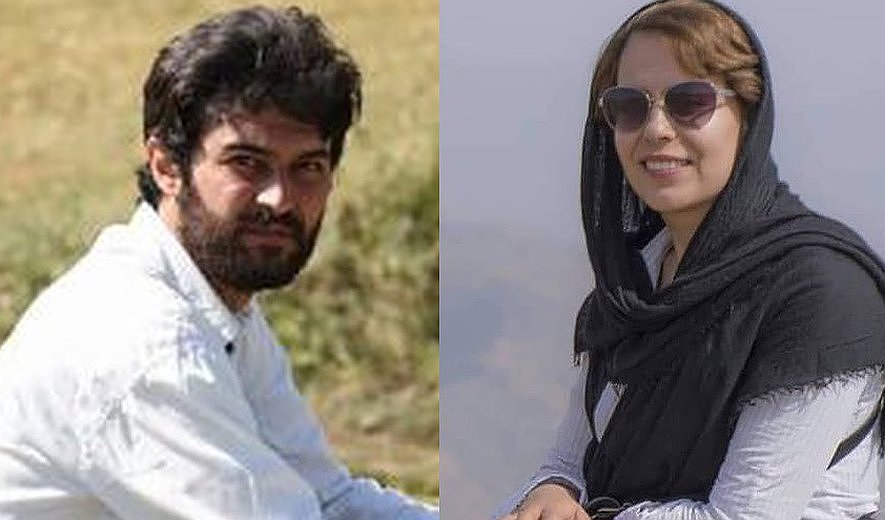 According to information obtained by Iran Human Rights, Aram Fathi and Soraya Haghdoust were released on bails of 100 million tomans pending trial.

Aram Fathi and Soraya Haghdoust are two Kurdish civil activists who were arrested at their respective homes in Marivan on June 17. They were charged with “acting against security and propaganda activities against the system through disrupting the presidential elections.”

“On Thursday morning, when Aram was arrested at his home, they transferred him to the police station and physically tortured him to near death. He was electrocuted with electric shockers at one point and told ‘you’re not more important than Sattar Beheshti’ and they threatened to kill him,” an informed sourced told IHR.

Sattar Beheshti was a blogger who was killed under torture in November 2012.

“Aram and his brother’s phones are still in the intelligence’s possession and his sister’s laptop which was confiscated by the police has not been returned either,” the source added.

Aram Fathi is a writer, civil and human rights activist from Marivan and previously a member of the “Molavi” and “Vejin” literary associations and the environmental “Sabz Chia” association.

Soraya Haghdoust, 28, is a member of the Human House NGO in Marivan, and the reason for her arrest is unknown at the time of writing.