Mohseni Ejei, Iran Judiciary
Share this
Mohseni-Ejei must be held accountable for his role in forced confessions, the suppression of the protests and more than 1100 executions 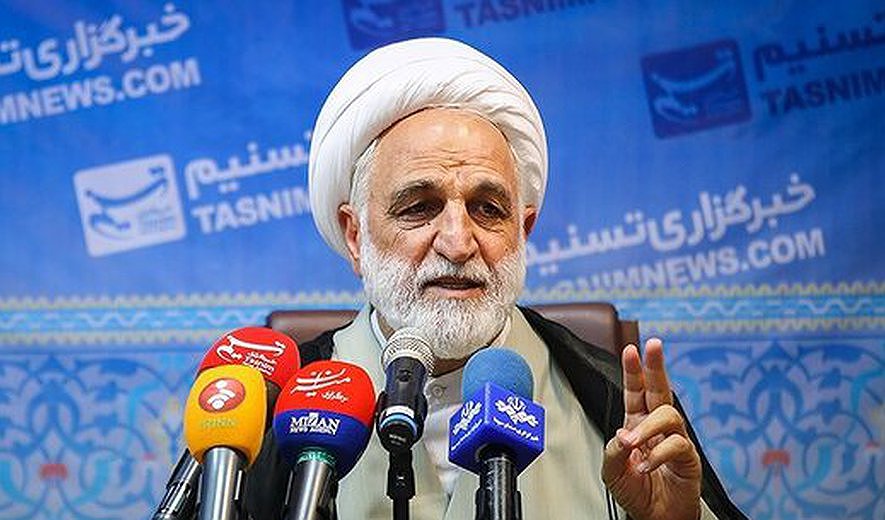 Iran Human Rights (IHR); July 2, 2021: Gholamhossein Mohseni-Ejei, who has been appointed new head of judiciary by Ali Khamenei, is a key human rights violator and responsible for the hasty executions of more than 1100 drug defendants between 2014 and 2017. Many of the executions could have been commuted to life sentences with the passing of the new bill.

“The Islamic Republic’s judiciary is considered a tool of repression, instead of the administrator of justice. Its new chief, Mohseni-Ejei must be held accountable for his role in forced confessions, the suppression of the protests and more than 1100 executions,” said Mahmood Amiry-Moghaddam, Iran Human Rights director.

Mohseni-Ejei was appointed head of judiciary on July 1, and will be replacing Ebrahim Raisi who will be taking office as the new president of Iran in August.

Khamenei's decree appointing Mohseni-Ejei states that he has been appointed head of Iran's judiciary due to his "valuable experience, deep knowledge and brilliant record in the judiciary.”

Mohseni-Ejei was appointed as the “decision maker in drug-related death penalty cases” by then head of judiciary, Sadegh Larijani in October 2014, during one of Iran’s bloodiest periods of drug executions.

In the three years prior to the passing of the Article to the Anti-Narcotics Law in 2017, 638 in 2015 (the highest number of drug-related executions in more than two decades), 296 in 2016 and 231 in 2017 respectively, were executed on drug-related charges on the direct orders of Mohseni-Ejei.

At the time of the executions, the Islamic Republic's parliament was considering a bill that would commute the sentences of many of those executed to life imprisonment. In the three years that Ejei was in charge of drug-related executions, more than 1,100 prisoners were executed on drug-related charges. Many were sentenced to death on the basis of their forced confessions extracted under torture, and some defendants, like Mahmoud Bayati, maintained their innocence until their death.