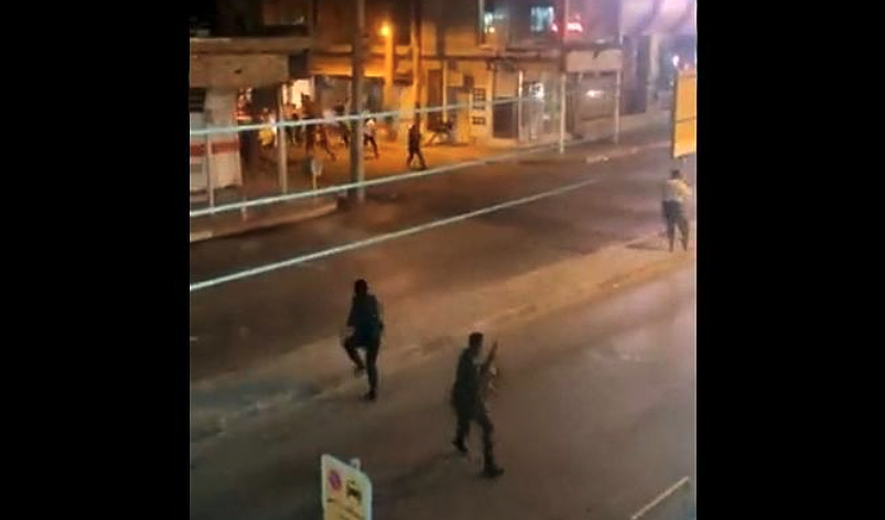 Iran Human Rights (IHR); July 20, 2021: The Khuzestan civil and peaceful protests against water shortages and its consequences has been brutally suppressed by the Islamic Republic’s security forces. According to reports, several people have been killed and many injured and arrested in the last five days. Iran Human Rights strongly condemns the use of force against protesters demanding their most basic rights.

IHR Director Mahmood Amiry-Moghaddam said: "Instead of listening to the protesters' demands and trying to meet their needs, Islamic Republic authorities are using repression to silence people’s voices. The problems faced in Khuzestan and other parts of Iran were caused by their mismanagement and cannot be solved through repressive measures. The perpetrators must be identified and held accountable.”

“We call on the international community to respond to the violent crackdown on protesters and the violation of the fundamental right to protest, and to remind Islamic Republic officials of their international human rights obligations,” he added.

According to reports, widespread protests against the water crisis and mismanagement in cities across Khuzestan began on the evening of July 15 and were met with violent police crackdown. Shots can be heard in many of the videos shared on social media.

According to BBC Persian, the protests took place in at least 17 cities across Khuzestan province including Ahvaz, Susangerd, Shadegan, Shush, Shavar and Karkheh. According to photos and details shared on social media, four protesters have been killed so far. However, officials confirmed that only two protesters were killed and claimed that they were killed by the “counter-revolutionaries.” Domestic media have identified the two protesters as 30-year-old Mostafa Naimavi and 17-year-old Ghasem Nasseri-Khaziri.

Reports also indicate that the families of the killed protesters have been pressured to denounce the protests. Semi-official Fars News Agency close to the Islamic Revolution Guard Corps published a video of Mostafa Naimavi’s family yesterday, in which his father says “rioters and saboteurs” had killed his son. Iran Human Rights considers this to be a clear example of psychological torture to force false confessions and condemns it in the strongest terms.

This is not the first time that government news agencies in Iran have aired interviews with families of killed protesters “denouncing” the protesters.

There are also reports of internet shutdowns and restrictions in Khuzestan province on social media. Islamic Republic officials have warned against people publishing protest videos online. Yesterday, the deputy commander of the Khuzestan police security forces said: “The people publishing the videos will be dealt with legally.”

Khuzestan province has faced unprecedented water shortages following low rainfalls and mismanagement, which has created severe problems for farmers and people in the region.

According to experts, another reason for water shortages in Khuzestan province, where important rivers such as Dez, Karkheh and Karun flow through, is the construction of dams and water transfer projects from these rivers.