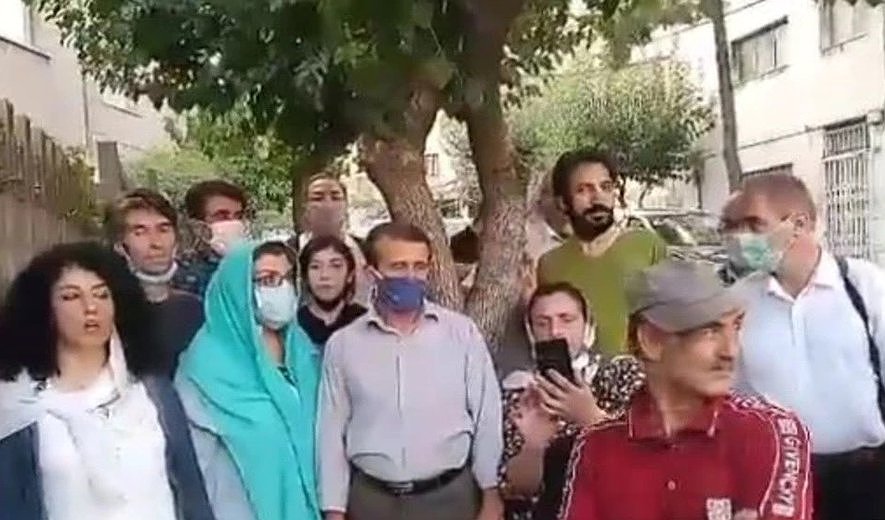 Eight civil society activists who had gathered in support of the Khuzestan water shortage protests in front of the Ministry of Interior building on Fatemi Street in Tehran were arrested by security forces. They were detained for several hours before being released.

According to the Defenders of Human Rights Center which first reported the news, the participants chanted “Khuzestan is not along” in support of the Khuzestani people’s protests and called for an end to the bloody crackdown of their peaceful protests.

Paris-based political activist and Narges Mohammadi’s husband, Taghi Rahmani tweeted news of her arrest yesterday: “Narges Mohammad was arrested. By the police and support from security forces. Several others have been arrested. They were arrested while being beaten.”

It is not yet clear whether any legal action will be taken against them.

Widespread protests against the water crisis and mismanagement in cities across Khuzestan began on the evening of July 15 and has been met with violent police crackdown. Shots can be heard in many of the videos shared on social media.

The protests have taken place in at least 17 cities across Khuzestan province including Ahvaz, Susangerd, Shadegan, Shush, Shavar and Karkheh. According to photos and details shared on social media, four protesters have been killed so far. However, officials confirmed that only two protesters were killed and claimed that they were killed by the “counter-revolutionaries.” Domestic media have identified the two protesters as 30-year-old Mostafa Naeemavi and 17-year-old Ghasem Nasseri-Khaziri.