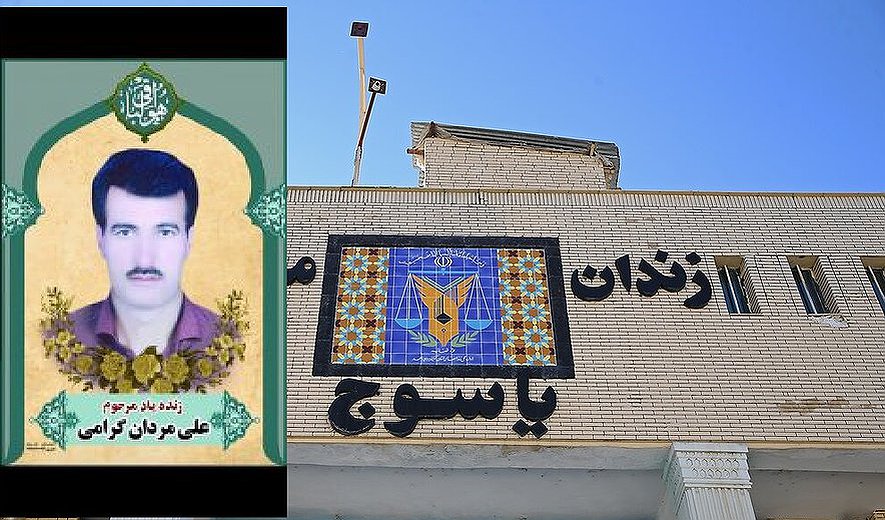 Iran Human Rights (IHR); September 10, 2021: Ali Mardan Boland Gerami who was sentenced to qisas (retribution-in-kind) for murder through a qassameh ceremony, has been executed in Yasuj Central Prison.

According to information obtained by Iran Human Rights, a man was executed on murder charges in Yasuj Central Prison on the morning of September 8. His identity has been established as Ali Mardan Boland Gerami.

According to HRANA news agency which first published the news, Ali Mardan Boland Gerami was arrested four years ago for the murder of his wife.

According to an informed source, his wife had died in her sleep around four years ago. After being transferred to the hospital, her time of death was determined as an hour earlier. According to the forensic pathologist, the cause of death was internal bleeding and there was a 50% chance that it was due to being beaten, but there was no sign of force on the body.

However, the judge at the Kohgiluyeh and Boyer-Ahmad Provincial Criminal Court determined that there was los. Los can be declared in cases of qisas for murder or injury where there is insufficient evidence but the judge still has doubt either because he believes the victim to be guilty or due to circumstantial evidence. In such an event, the victim or victim’s next of kin have the right to qassameh. Qassameh is based on swearing an oath on the Quran by a certain number of the victim’s family. In murder cases, 50 male members of the victim’s family are required to make a qassameh. It should be noted that the people who swear in qassameh ceremonies are not required and are not usually direct witnesses to the crime. In the case of Ali Mardan Boland Gerami, after declaring los, another trial was scheduled for the qassameh ceremony by the judge. 50 male members of his wife’s family who were not witnesses subsequently swore a qassameh, whereby Ali Mardan Boland Gerami was sentenced to qisas. The case was sent to a court of equal standing by the Supreme Court following a request for a retrial. The Court of equal standing then found him guilty again and this time, the Supreme Court upheld the ruling.