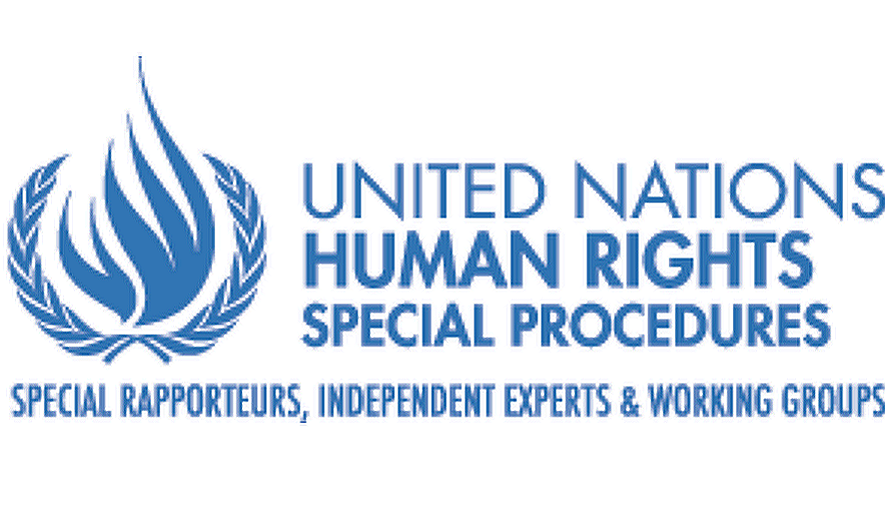 GENEVA (12 October 2021) ̶ UN human rights experts* today urgently appealed to Iran to halt the execution of Arman Abdolali, convicted for an alleged murder committed when he was 17, and demanded that Iran stop sentencing children to death.

Mr. Abdolali is scheduled to be executed tomorrow, but he has been brought back from the gallows at least once before when his execution was called off at the last moment.

"The Iranian authorities must immediately halt the execution of Arman Abdolali and annul his death sentence," the experts said. "International human rights law unequivocally forbids imposition of the death sentence on anyone under 18 years of age. We understand the authorities have encouraged negotiations about a pardon, but this does not replace the absolute prohibition on such executions."

Mr. Abdolali, now 25, was arrested in 2014 in connection with the disappearance of a person known to him. Then still a teenager, he was reportedly held in solitary confinement for 76 days, and subjected to torture and ill-treatment. Authorities reportedly withheld his asthma medication, causing him serious distress and anxiety.

"Mr. Abdolali has had to endure severe mental agony amounting to torture," the experts said. "Starting with his solitary confinement and continuing through a bizarre verdict and executions repeatedly scheduled and postponed, everything about his treatment has been inhumane."

The Supreme Court granted his retrial in February 2020 on the basis of Article 91 of the 2013 Islamic Penal Code, which provides alternative sentences for child offenders if there is uncertainty about their "mental maturity." However, the Criminal Court said that seven years after the fact, it was not possible to evaluate his mental maturity, and re-imposed the death sentence.

"This case demonstrates yet again that article 91 of the Penal Code has failed to stop the imposition of death sentence penalty on children," the experts said. There are reportedly more than 85 juvenile offenders on death row in Iran, and another child offender was secretly executed on 2 August.

"We deplore the continued scheduling of executions of child offenders despite ongoing interventions and recommendations by human rights mechanisms," the experts said. "Iran must halt the execution of Mr. Abdolali and unconditionally abolish the sentencing of children to death. It must commute of all death sentences issued against these individuals, in line with its international obligations."