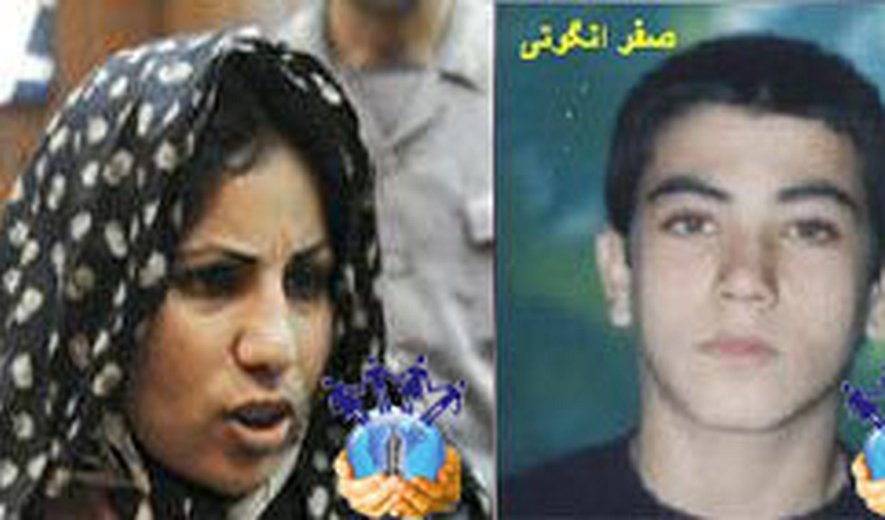 According to the same sources, execution of the minor offender Safar Angooti was postponed for one month.

Soheila Ghadiri (30) was convicted of killing her new born baby (5 days old), three years ago. In the court she had said said: "I escaped from home and got married to the boy I loved, at the age of 16. He died in an accident and after that I started with prostitution and drug addiction.

I got HIV and hepatitis. When my baby was born, I killed her because I didn’t want he to have the same destiny as mine".

According to the committee of the human rights reporters, Soheila’s lawyer had appealed the sentence saying Soheila was suffering from postpartum psychosis at the time of committing the crime.

Mahmood Amiry-Moghaddam, the spokesperson of Iran Human Rights said: "We are very sorry about the five executions in Tehran today, and we condemn this inhumane act". About postponement of safat Angooti ’s execution he said: "International attention has uten any doubt contributed to this postponement. We must remember that Safar and several other minors in the Iranian prisons remain in danger of execution. World community must use continue the pressure on the Iranian authorities to remove premanently the death penalty against all minor offenders."

The four other men who were executed this morning were:

Mohammad Hassan B (25), convicted of murder