Qisas, Rajai Shahr Prison, Juvenile offenders, Arman Abdolali
Share this
I had talked to domestic media but some people said that publishing them may provoke the victim’s next of kin to not agree to forgiveness. 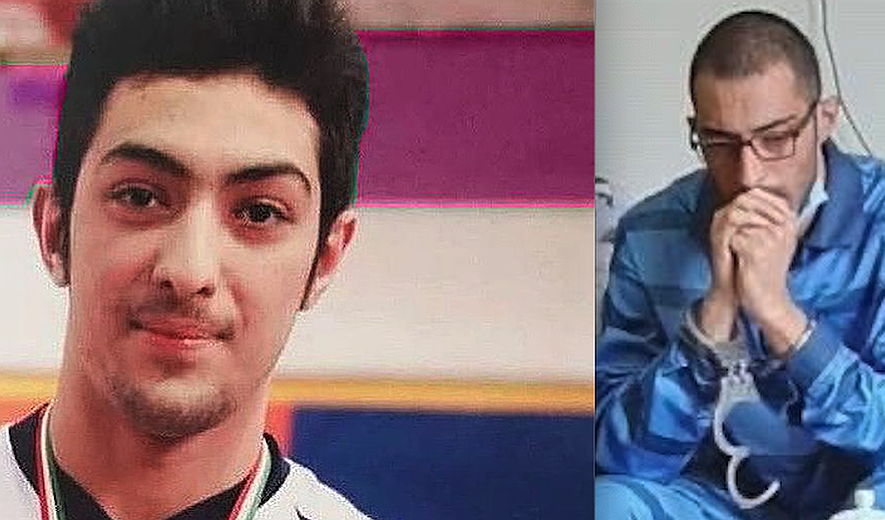 Iran Human Rights (IHRNGO); November 24, 2021: The father of juvenile offender Arman Abdolali who was executed today has told Iran Human Rights that he believes invisible hands worked to ensure the truth about his son’s case were never revealed. According to Kamyar Abdolali, there were two witnesses in the case that the court refused to even consider.

Kamyar Abdolali said: “I shouted about all the flaws in the case. I had talked to domestic media but some people said that publishing them may provoke the victim’s next of kin to not agree to forgiveness.”

Iran Human Rights calls for an impartial and independent fact-finding mission into Arman Abdolali’s case. “First and foremost, Arman was executed for a crime he is alleged to have committed when he was under the age of 18, which is in breach of international law. But more importantly, Arman was deprived of the right to due process and a fair trial. There was no incriminating evidence against him, his sentence was based on confessions extracted under torture. In light of statements by Arman’s father that witness testimonies and key facts were ignored, an independent fact-finding mission must be established to hold the real perpetrators accountable,” said Iran Human Rights Director, Mahmood Amiry-Moghaddam.

Arman’s father says that he had refused to talk to international media, placing all faith in the Islamic Republic’s justice system. But justice did not prevail for his son because “invisible hands worked to ensure the truth about Ghazaleh’s fate were never revealed.”

The ambiguous case of Arman and Ghazaleh

In 2013, when Arman was 17 and his girlfriend Ghazaleh 19, she disappeared after they got into a fight. Upon arrest, Arman was held in solitary confinement for 74 days where he confessed to the murder. He was subsequently tried and sentenced to qisas (retribution-in-kind) based on the confession, without taking into consideration that he was a juvenile offender. Days prior to his scheduled execution in January 2020, Arman’s lawyer found out that Ghazaleh had been issued with a leave of absence by her university and her insurance policy had been renewed and used them as evidence to request a retrial.

However, statements and documents submitted by Arman’s lawyers were ignored in court investigations. Armans’ father told Iran Human Rights: “We had two witnesses who saw Ghazaleh after the alleged murder date. We presented their statements to the court but they mockingly said, ‘you can buy witness statements for 50,000 tomans.’ You should’ve at least investigated them, either they were telling the truth or lying, but we would know either way. They hanged Arman but what will you do when Ghazaleh turns up one day? Is this what they call (Imam) Ali’s justice system?”

“I didn’t want to talk to foreign media. I was thinking of my country’s reputation and dignity and I still do. But I have to speak up so other children and youth don’t fall victim in the same way. I had talked to domestic media but some people said that publishing them may provoke the victim’s next of kin to not agree to forgiveness. I am certain that invisible hands worked to ensure the truth about Ghazaleh’s fate were never revealed,” he added.

It should be noted that Arman’s lawyer had previously pointed to the fact that the pull-up bar Arman had confessed to using as the murder weapon had also never been examined by the police.

How a juvenile offender was executed

Arman was transferred to solitary confinement in preparation for his execution on seven occasions prior to his execution in the early hours of this morning, which human rights experts consider to be an example of torture.

“As well as the aforementioned, Arman was transferred to solitary confinement in preparation for his execution on at least seven occasions and subsequently returned to his ward. Essentially, Arman was tortured to death by Islamic Republic officials who must be held accountable, particularly Supreme Leader Ali Khamenei and Head of Judiciary Mohsen Ejei,” said Mahmood Amiry Moghaddam.

Speaking to Iran Human Rights, Kamyar Abdolali said: “At 1.30 in the morning, they told us to go because the sentence wouldn’t be carried out. They tricked us and executed him a few hours later. They didn’t even let Arman say goodbye to his younger brother. They killed Arman in a criminal way. While the legal proceedings weren’t completed yet, they broke Arman’s neck in the morning, they strangled him and I’m sitting next to his body now.”

In an interview with Hamshahri newspaper on November 2, Arman had said: “Usually they transfer you for execution a day or two before the scheduled date, You’re cut off from everyone. You think that you won’t be alive in a day or two, or even in a few hours. Even today, I think I’m supposed to be transferred for execution again and I don’t know if I’ll be executed tomorrow or not. I’ve been transferred to solitary confinement in preparation for my execution five times. And once two years ago. They even took me to the gallows but officials were able to gain an extension from Ghazaleh’s parents (his alleged victim) moment before the execution was carried out. Every time I’m transferred for execution, I think it will be my last time.”

Condemning Arman Abdolali’s execution, United Nations Human Rights Office spokesperson Liz Throssell deplored his multiple transfers for execution and called on the Iranian authorities to halt all executions of child offenders and immediately commute the death sentences against them, in line with the country’s international obligations.