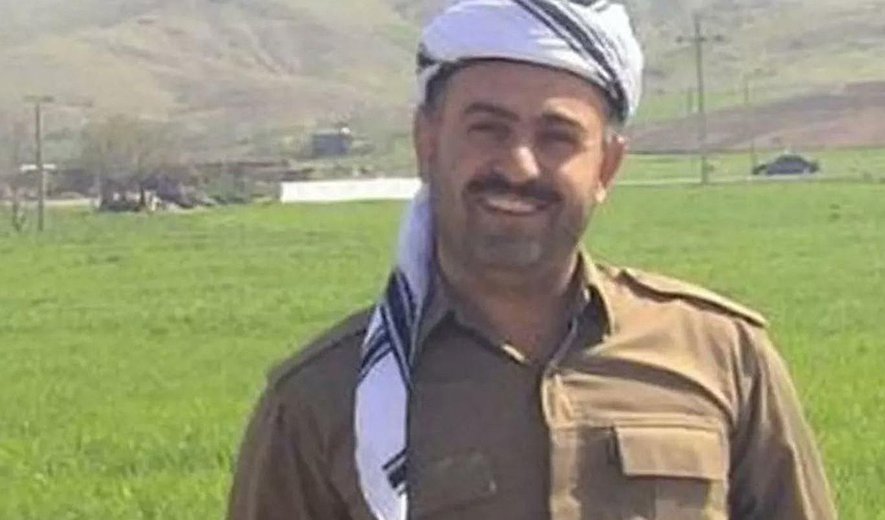 The Islamic Republic has a history of denying political executions. Some families of the victims of the 1988 prison massacre of political prisoners have still not received the death certificate of their loved ones. And in many cases, the word “executed” has been omitted from their death certificates.

When questioned about this in court, Hamid Noury, who is currently on trial in Sweden for his role in the 1988 massacre, responded that the families themselves requested that the word “executed” not be written on the certificates. The victims’ families have rejected this claim.

Iran Human Rights has obtained a copy of Heydar Ghorbani’s death certificate, which cites the cause of his death as “unknown.” This is while the Islamic Republic’s official media reported his execution which they confirmed quoting officials.

Heydar Ghorbani was executed in Sanandaj Prison on 19 December 2020 on charges of baghy (armed rebellion) while according to his lawyer, Heydar “never confessed to being armed or using a weapon and there is no evidence to suggest otherwise.” Heydar was executed without notice to his family and lawyer, and his body was secretly buried. His execution was carried out while his case was still under judicial review at the Supreme Court according to Article 477 of the CCP. 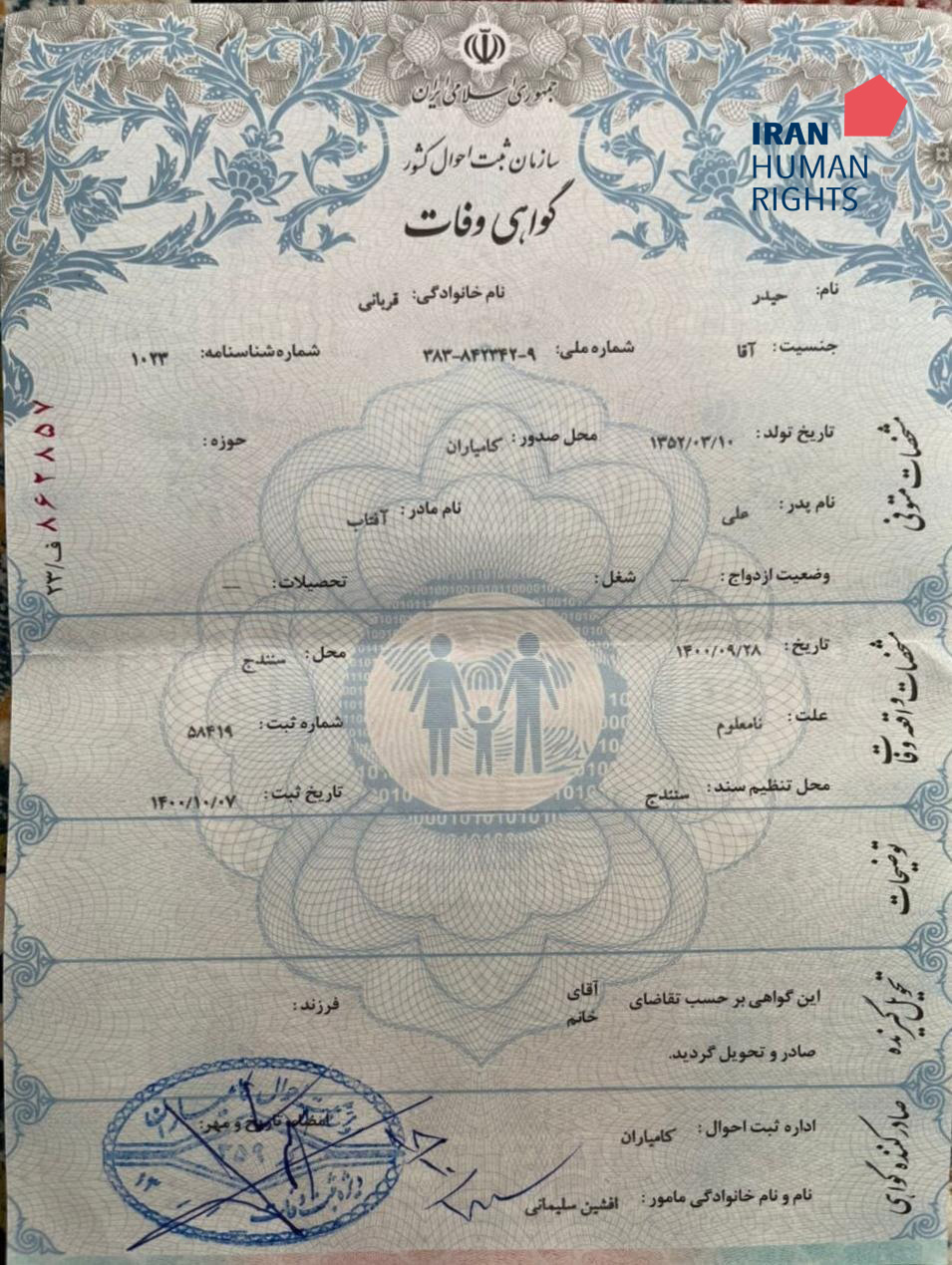