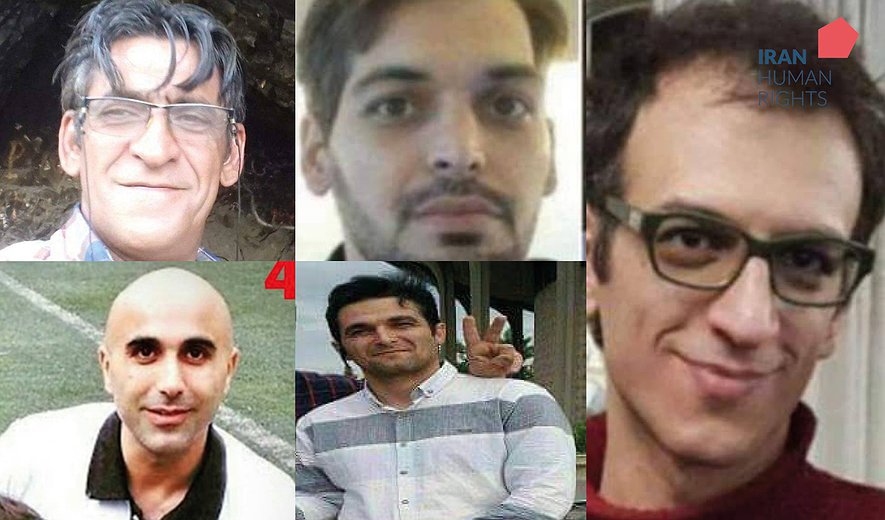 According to information obtained by Iran Human Rights, six political prisoners in Ward 8 of Evin Prison went a dry hunger strike in protest to the “the role of prison officials in Baktash Abtin’s death” on January 12.

In a letter sent from Evin Prison, they write:

We, the political prisoners in Ward 8 of Evin Prison, following Baktash Abtin’s death and the blatant role of prison officials, the judiciary, the Prison Organisation and given that we have not received any response to our demands after a five-day sit-in, will be going on a dry hunger strike from 12 January 2022 until our demands are met: for the aforementioned to accept responsibility and apologise in official national press.

Baktash Abtin was a filmmaker, poet and member of the Iranian Writers Association which he was arrested for and attending a memorial service for political dissidents who had been assassinated in the chain killings.

Baktash Abtin contracted COVID-19 for the second time in early December 2021 while serving his six-year sentence in Evin Prison. Baktash was granted medical furlough on December 13, when he was transferred to a hospital.

On January 1, the Iranian Writers’ Association reported that Baktash was in a medical induced coma after his health had “further deteriorated.”

In a statement four days later, they announced that Baktash’s physical condition had reached a “severely alarming” stage due to the lack of timely access to medical care and the delay in being transferred to the hospital by prison officials.

The IWA announced news of Baktash Abtin's death on 8 January 2022. His death has been met with outrage and protest by international and domestic civil society and organisations.