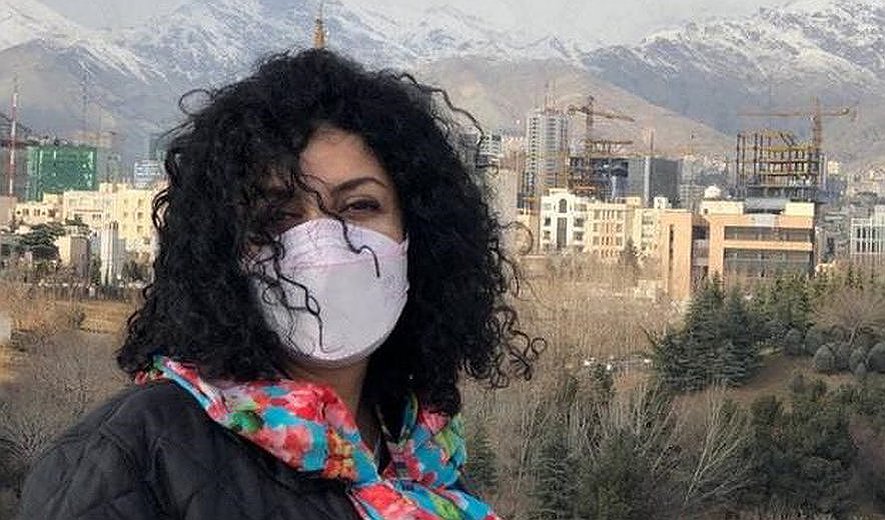 Narges Mohammadi’s husband, Taghi Rahmani tweeted today: “I’ve heard that Narges Mohammadi has been sentenced to eight years imprisonment, 70 lashes and a two year ban on telecommunications (unclear ban) in a 5 minute trial. Since she hasn’t had contact with her family, the details and verdict aren’t clear for us.”

Narges Mohammadi was also sentenced to 30 months’ imprisonment and 80 lashes in a separate case which was recently upheld and implemented. The charges against her related to her sit-in protest against crackdown on the November 2019 nationwide protests and for writing letters from Evin Prison when she was serving her previous sentence.

Narges has a long rap sheet of detentions over the years but served her last five-year sentence in Evin and Zanjan Prisons before being released on 8 October 2020. She was arrested again on 16 November 2021 at the memorial service of Ebrahim Ketabdar who was killed during the November 2019 nationwide protests.