Qisas, Diya, Khorramabad Prison
Share this
At the time of writing, Ali Heydar’s execution has not been reported by domestic media or officials in Iran. 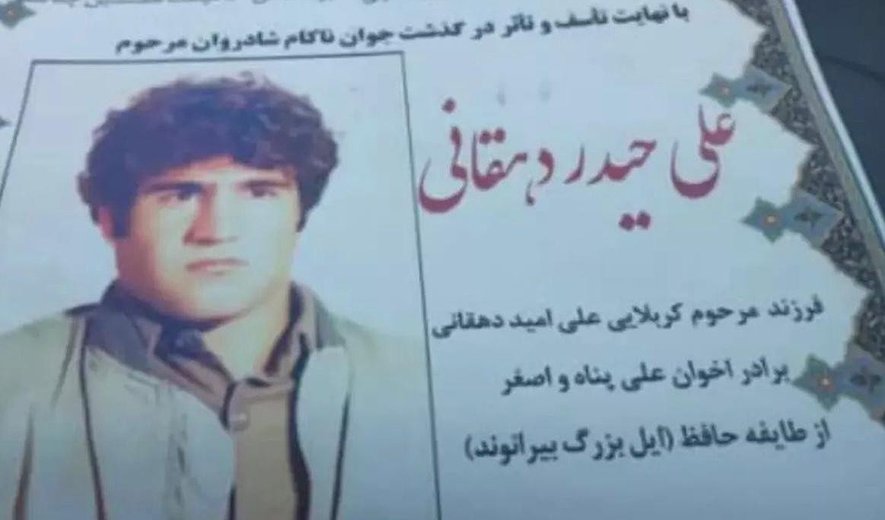 Iran Human Rights (IHRNGO); February 28, 2022: Ali Heydar Dehghani who was sentenced to qisas for murder, has been executed in Khorramabad Central Prison.

According to information obtained by Iran Human Rights, a man was executed in Khorramabad Central Prison on the morning of February 27. His identity has been established as 40-year-old Ali Heydar Ghorbani who was sentenced to qisas (retribution-in-kind) for murder.

Hrana newsagency which first reported news of  his execution quoted an informed source as saying: “He had been wanted for murder for a number of years. Last year, after the victim’s family agreed to accept diya (blood money), he turned himself in on the condition of paying the diya and had been behind bars since.”

At the time of writing, Ali Heydar’s execution has not been reported by domestic media or officials in Iran.