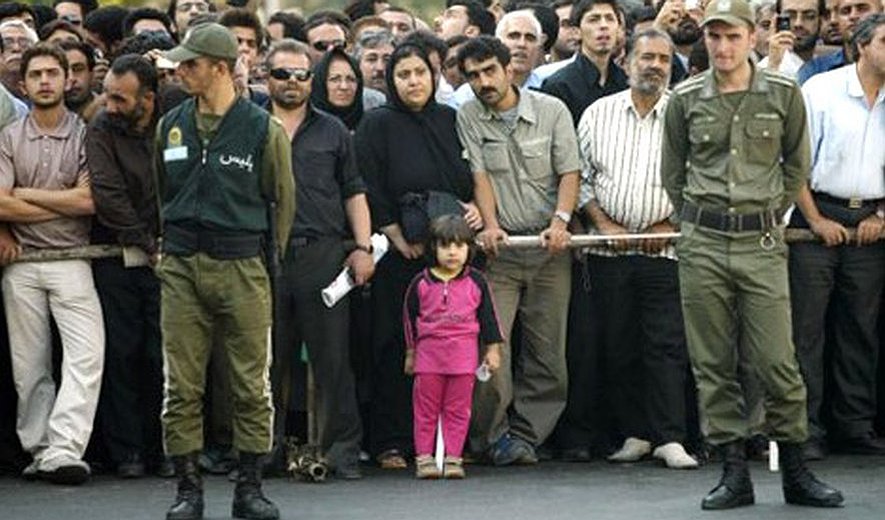 Iran Human Rights (IHRNGO); March 30, 2022: According to reports by Iranian media, two men have been sentenced to public execution for murder charges by a court in Foulad Shahr, Isfahan.

Given that there have been no public executions in the last year and a half due to the Covid-19 pandemic, a return to such a cruel method of execution must be met with strong condemnation by Iranian civil society, human rights activists and the international community.

Iran Human Rights Director, Mahmood Amiry-Moghaddam said: “The death penalty is in itself a cruel punishment that amounts to torture and is a violation of human dignity. Contrary to the Islamic Republic claims, implementing executions in public spaces, not only does not have a deterrent effect, but perpetuate the cycle of violence in society, and its only aim is to instil fear in people. Iranian civil society, human rights activists and the international community must respond appropriately to stop the death penalty resuming on the streets.”

According to reports by Iranian media, two men only identified as 38-year-old Mohammad Gh and 25-year-old Sadegh M, have been sentenced to public execution at the location of the alleged crime by a preliminary court in Isfahan province. The Foulad Shahr Court Chief, Masoud Masoudifar said that the crime had been “specially and quickly investigated” and the death sentence issued “in the shortest possible time.”

Iranian authorities have branded the two men as “thugs” who allegedly killed a security officer in Lenjan in the month of Aban (22 October-21 November 2021).

Due to the lack of transparency in the Iranian judiciary, no details are available as to whether the alleged murder taking place at the same time as the water shortage protests in Isfahan is a coincidence as the Islamic Republic has a history of sentencing to death protesters on fabricated murder charges. Protesters Mostafa Salehi and Navid were both executed in 2020 for the murder of government officials.

Public executions are a violation of international human rights law

A survey commissioned by IHRNGO and the World Coalition Against the Death Penalty in 2020, found that more than 86% of the 20,000 participants living in Iran were opposed to public executions.

While according to the Iranian Constitution, the government has no power in issuing or implementing death sentences, public executions appear to be the exception to this rule. The Provincial Security Council, chaired by the governor, who is a government representative, has the right to veto public executions.

In other words, the Provincial Security Council has the power to decide whether an execution should take place publicly or not. Consequently, in addition to the international community’s response through governments and public campaigns, Iranian civil society can also campaign at the local level to overturn public execution decisions.

Photo: A child watching a public execution in an Iranian city