Soheil Arabi, Sara Asgari, Nasrollah Amirlou, Amir Amirgholi, Moreteza Seyedi, Mohammad Irannejad, Rasoul Bodaghi, Amir Abbasi
Share this
"My five-year prison sentence is for seeking justice and freedom. And for wanting to improve the education system and the rights of teachers and pupils." 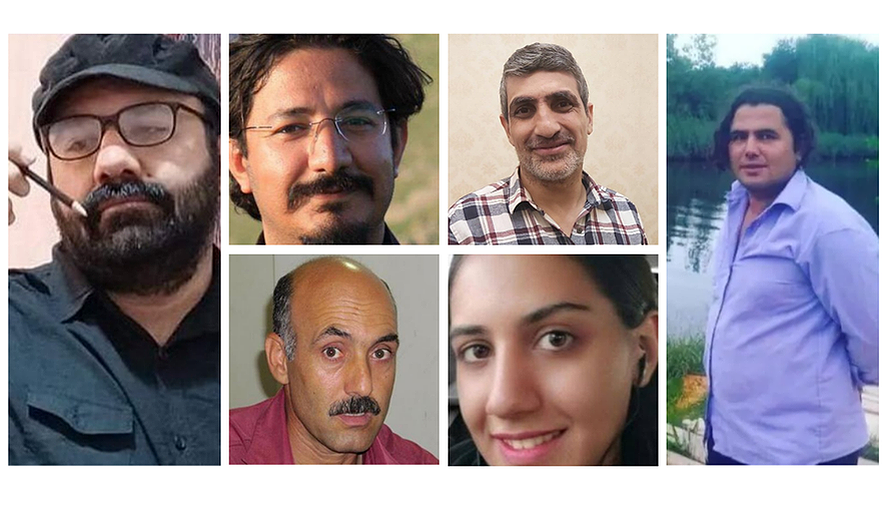 Iran Human Rights (IHRNGO); April 18, 2022: There has been an intensification of the crackdown on civil society in Iran over the last week. Six civil and workers’ rights activists, Amir Amirgholi, Amir Abbasi, Mohammad Irannejad, Sara Asgari, Nasrollah Amirlou and Morteza Seyedi were arrested. Rasoul Bodaghi, a civil activist and member of the Teachers’ Union was sentenced to five years imprisonment, and civil activist, Soheil Arabi has been summoned to serve his two-year sentence.

Of the six activists, Amir Amirgholi, Amir Abbasi and Sara Asgari have so far been released.

The next day on April 16, Rasoul Bodaghi, a member of the Teachers’ Union and civil activist received the verdict in his case.

His lawyer, Ramin Safarnia tweeted that his client had been “sentenced to four years imprisonement for charges of “assembly and collusion,” a year for “propaganda activities” and a two-year ban on leaving the country and from living in Tehran and all neighbouring provinces. It’s enforceable. We’ll appeal in due course.”

Speaking to Iran Human Rights, Rasoul Bodaghi said: “Most of the Revolutionary Court judges don’t have judicial independence, they issue judgements on the orders of judicial officials and security forces without the legally required evidence.”

“My five-year prison sentence is for seeking justice and freedom. And for wanting to improve the education system and the rights of teachers and pupils,” he added.

On April 7, human rights defender Soheil Arabi received summons to appear before Branch One of the Public and Revolutionary Court in District 33 to serve his sentence.

The case for which Soheil has been summoned for was opened against him in May 2021 while he was still behind bars.

Speaking to Iran Human Rights about his case, Soheil Arabi said: “In less than five minutes, I was charged with disturbing public opinion and propaganda activities for exposing prison conditions and issuing a statement protesting the crackdown and killing of protesters in November 2019 and supporting those seeking justice. Very quickly, I was sentenced to two years imprisonment, 50 million rial fine, two years of having to obtain a licence from the judiciary to leave the country and a two year supervised probation by Branch 26 of the Revolutionary Court presided by Iman Afshari. The sentences should’ve been merged which hasn’t been the case so far.”

Soheil Arabi is the 2017 Reporters Without Borders Press Freedom recipient who in 2013 spent four years on death row after he was found guilty of sab al-nabi (insulting Prophet Mohammad) through his posts on Facebook. His sentence was later commuted to seven and a half years imprisonment which he served without a day of furlough. His sentence also included two years of exile in Borazjan, where he was sent following his release from Rajai Shahr Prison on 16 November 2021.