Urmia Central Prison, Baghy, Mohiyedin Ebrahimi
Share this
His three lawyers stress that Mohiyedin Ebrahimi was working as a kolbar due to poverty and unemployment and that he should not be charged with carrying weapons or anti-government armed operations. 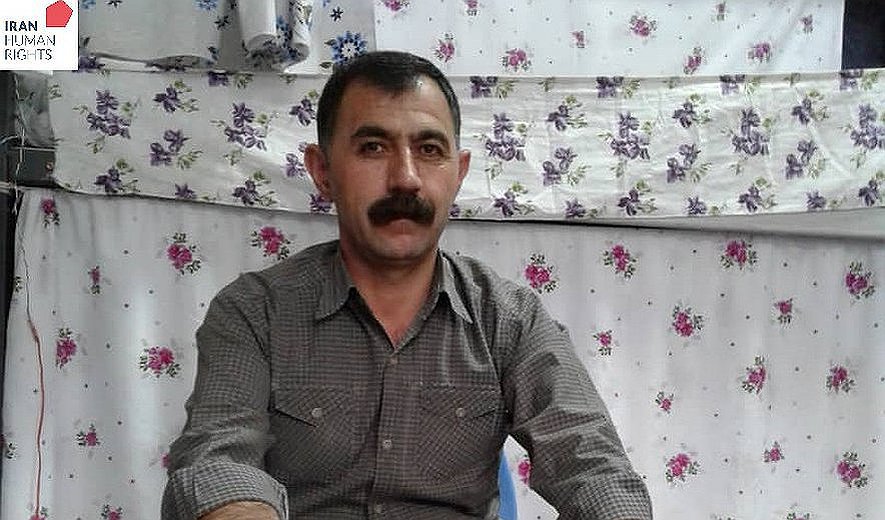 Iran Human Rights (IHRNGO); May 25, 2022: Death row Kurdish political prisoner, Mohiyedin Ebrahimi has been transferred to an unknown location, raising concerns that his execution may be imminent.

According to information obtained by Iran Human Rights, Kurdish political prisoner Mohiyedin Ebrahimi was transferred from the political prisoners’ ward in Urmia Central Prison to an unknown location on May 23. He was sentenced to death on charges of baghy (armed rebellion) through membership of the Kurdistan Democratic Party of Iran by Branch Two of the Urmia Revolutionary Court.

The unscheduled transfer has caused his family concerns that he may have been transferred for execution.

His defence lawyer, Osman Muzayen told Iran Human Rights: “According to his case, our client isn’t a member of any organisation or group and has never participated in any armed operation or even in any political gatherings or activities inside or outside Iran. He was the breadwinner of two families and was working as a kolbar (human mule) in the border area. At the time of arrest, he was working as a kolbar when he was shot at. They found smuggled alcohol in his possession which is in the case.”

“But according to the officer on the scene, they found some weapons nearby which they’ve also attributed to our client, leading to him being charged with carrying a weapon. If a person is carrying alcohol, they’re not going to endanger themselves any further by also carrying firearms. And more importantly, there is absolutely no evidence in the case to prove that the weapons belonged to or were carried by our client,” he added.

Speaking about the breaches in the case, the lawyer said: “There were many miscarriages of justice in the investigation process conducted by the Urmia Revolutionary Court and Prosecutor’s Office who didn’t permit lawyers access to the case or client. To the point that Mr Ebrahimi was deprived of the right to a lawyer until after he received the death penalty in the preliminary hearing. He was forced to write the appeal to the Supreme Court himself despite having very little education. Having examined all the breaches in the case and the fact that there’s no evidence against him, three lawyers wrote their own appeal about his innocence but unfortunately, neither the Urmia Revolutionary Court nor the Supreme Court paid any attention. Our request for a retrial was rejected by the Supreme Court and our client’s death sentence is definitive which cannot be lawful according to the legal standards and principles of a fair trial.”

43-year-old Mohiyedin Ebrahimi was arrested by IRGC forces on 3 November 2017. At the time of arrest, both his legs were injured.

His three lawyers, Messrs Muzayen, Alizadeh and Tataei stress that Mohiyedin Ebrahimi was working as a kolbar due to poverty and unemployment and that he should not be charged with carrying weapons or anti-government armed operations.

Mr Ebrahimi has two small special needs children and his brother who was also working as a kolbar was killed by border forces around three years ago.