Ayoub Latifi Executed in Kermanshah; Unconfirmed Reports of 6 Other Executions

Qisas, Kermanshah Central Prison, Ayoub Latifi
Share this
There are unconfirmed reports of six other executions at the prison. 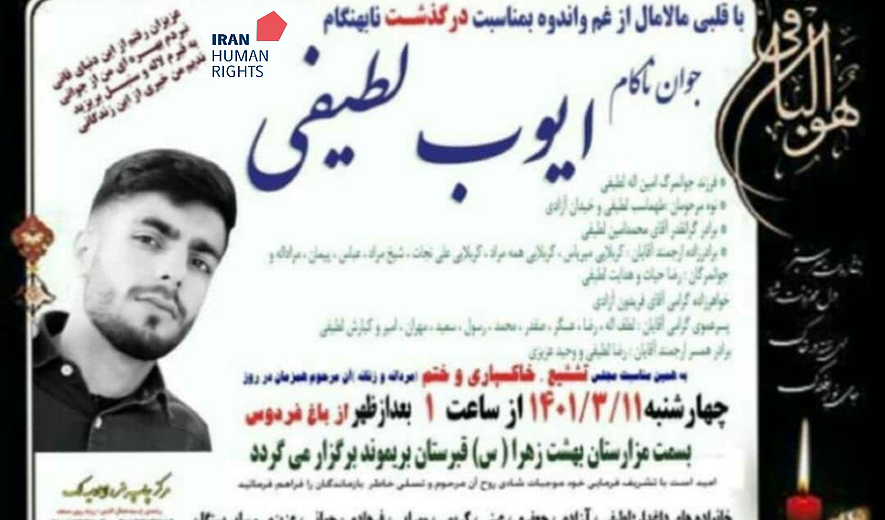 Iran Human Rights (IHRNGO); June 9, 2022: Ayoub Latifi has been executed for murder in Kermanshah Central Prison. There are unconfirmed reports of six other executions at the prison.

According to information obtained by Iran Human Rights, a man was executed in Kermanshah Central Prison on the morning of 31 May. His identity has been established as Ayoub Latifi who was sentenced to qisas(retribution-in-kind) for murder.

At the time of writing, Ayoub Latifi’s execution has not been reported by domestic media or officials in Iran.