Moharebeh, Mashhad Central Prison, Afghan Nationals
Share this
That the legal proceedings and formalities took just 77 days from arrest to execution raises serious concerns about breaches of due process and fair trial rights. 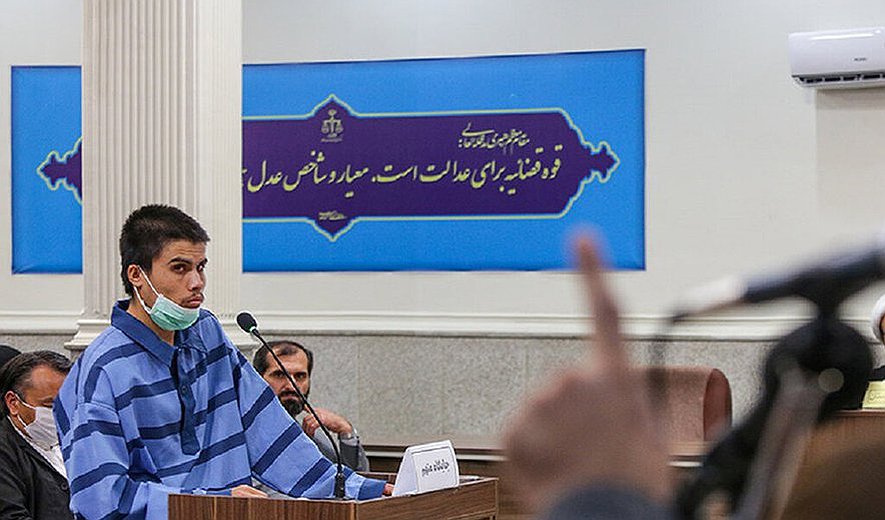 Iran Human Rights (IHRNGO); June 20, 2022: Abdol Latif Moradi, an Afghan national arrested for charges of moharebeh (enmity against God) for an attack in a shrine that led to two clerics’ deaths 77 days ago, was executed in Mashhad Central Prison “in the presence of a group of citizens” today.

According to the Judiciary’s Mizan news agency which has quoted Khorasan Razavi judicial officials, an Afghan man was executed in “the presence of a group of citizens” in Mashhad Central Prison on June 20. His identity has been reported as Abdol Latif Moradi who was sentenced to death on charges of “moharebeh  through drawing a weapon on people with the intention of inciting and creating terror that has caused insecurity in the (Motahar Razavi) shrine and even outside it." The official report states that the attack led to the death of two and injury of a third cleric.

Ofogh news agency has reported that Abdol Latif Moradi was an Afghan national.

Following his arrest 77 days ago (April 5), he was sentenced to death by Branch One of the Mashhad Revolutionary Court after a public trial. The sentence was upheld by Branch 9 of the Supreme Court and immediately sent for implementation. According to officials, Abdol Latif Moradi’s execution was “carried out in the presence of a group of citizen and officials by hanging in Mashhad Central Prison (Vakilabad).”

That the legal proceedings and formalities took just 77 days from arrest to execution raises serious concerns about breaches of his due process and fair trial rights.

In 2021, at least 13 people were executed on charges of moharebeh, efsad-fil-arz and baghy. Of those executed in 2021 and those currently at risk of execution, the majority are ethnic minorities. Of the 13 people executed on security-related charges in 2021, 4 were Arabs, 4 Baluch and one Kurdish.