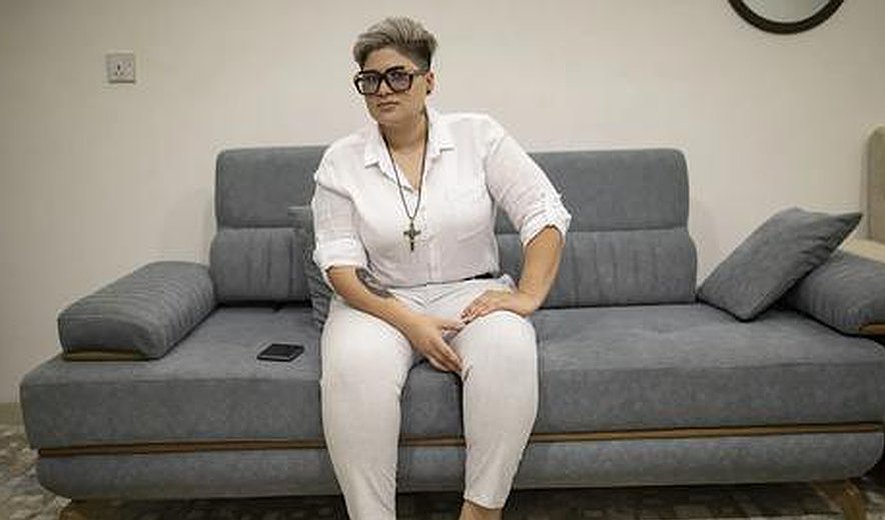 Opposing the death penalty in general, Iran Human Rights calls for the revocation of Zahra Sadighi and Elham Choobdar’s death sentences and calls on the international community for an immediate and strong reaction to their sentences and the wave of executions in Iran.

Iran Human Rights Director, Mahmood Amiry-Moghaddam said: “Zahra Sadighi and Elham Choobdar were sentenced to death without due process and in unfair legal proceedings based on forced confessions. Their convictions have no legal validity. Islamic Republic authorities have also cited promoting homosexuality as one of the reasons for their arrests. Their lives can be saved by immediate and strong reactions by the international community and civil society.”

According to the Judiciary’s Mizan Newsagency, 31-year-old Zahra (Sareh) Sedighi, a Naghdeh native and 24-year-old Elham Choobdar from Urmia, two Iranian LGBTQI+ activists, were sentenced to death on charges of efsad-fil-arz (corruption on earth) by the Urmia Revolutionary Court.

The charges against the two have been reported as “deceiving and smuggling women and young girls to a regional country” in the report. This is while human rights sources and LGBTQI+ activists stress that Zahra and Elham were arrested and convicted for their activism.

This claim was confirmed in reports aired on IRIB and other official media, that cited “promoting homosexuality” as one of the reasons for the two activists’ arrests.

According to Deutsche Welle, Zahra (Sareh) Sedighi was detained for 21 days by security forces in Iraqi Kurdistan where she was filming for a documentary about the conditions of LGBTQI+ people living in Erbil. She was arrested by the IRGC on 27 October 2021 after entering the Iranian border when she was trying to reach Turkey.

Hengaw organisation reported that the two prisoners were LGBTQI+ activists and sentenced to death by the Urmia Revolutionary Court on charges of efsad-fil-arz through “promoting homosexuality, promoting Christianity and communicating with media opposed to the Islamic Republic. They were notified of the Revolutionary Court’s verdict on 1 September 2022.

A third co-defendant in the case is 52-year-old Soheila Ashrafi from Urmia, who is currently held in Urmia Central Prison awaiting the verdict against her.

Article 286 of the Islamic Penal Code (IPC) defines efsad-fil-arz (corruption on earth) as the crime committed by a person “on an extensive level against the physical integrity of others, the domestic or external security, spreads lies, disrupts the national economic system, undertakes arson and destruction, disseminates poisonous, microbiological and dangerous substances, establishes corruption and prostitution centres or assists in establishing them.”

However, as this article does not provide concrete definitions for the term “crime” and the scope of “extensive” for its purpose, it gives judges the power to interpret and use it for a wide range of “offences.”

Defined in Article 238, mosahegheh (lesbian sex) is not directly punishable by the death penalty but as it is a hadd crime (fixed punishments for which Sharia or Islamic law has fixed the measure, degree and method), according to Article 136 of the IPC on “Repeat Offences,” it is punishable by death on the fourth occasion if “offenders” are sentenced and receive the lashing punishments (100 for mosahegheh) on the first three occasions. Furthermore, Article 302(a) states that anyone charged with committing a crime against an individual who has committed a hadd crime punishable by death is considered mahdoor-ol-dam (one whose blood can be shed with immunity) and the perpetrators of the murder will not be sentenced to qisas(retribution-in-kind) or have to pay diya (blood money).