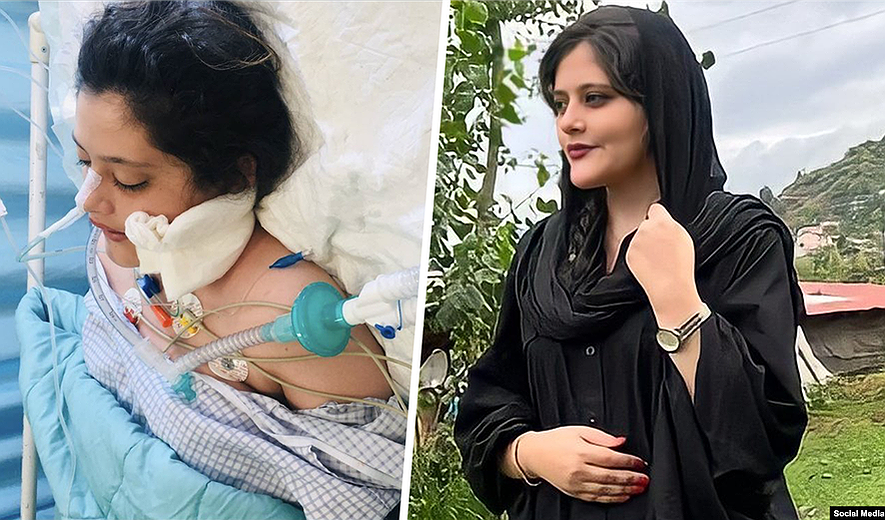 Amini, a 22-year-old Iranian woman from the Kurdish minority, was with her brother in Tehran when she was arrested on 13 September for what was perceived to be “improper” hijab. She fell into a coma shortly after collapsing at Vozara Detention Centre. Amini, who also goes by the Kurdish name Jhina, died three days later.

There are reports Amini was beaten on the head with a baton, and her head was banged against the vehicle by the so-called morality police. Authorities have stated she died of natural causes.

“Mahsa Amini’s tragic death and allegations of torture and ill-treatment must be promptly, impartially and effectively investigated by an independent competent authority, that ensures, in particular, that her family has access to justice and truth,” said Al-Nashif.

Al-Nashif said the compulsory veiling laws remain of concern in Iran, where appearing in public without a hijab is punishable by imprisonment.

In recent months, the morality police have expanded street patrols, subjecting women perceived to be wearing “loose hijab” to verbal and physical harassment and arrest. The UN Human Rights Office has received numerous, and verified, videos of violent treatment of women, including slapping women across the face, beating them with batons and throwing them into police vans.

“The authorities must stop targeting, harassing, and detaining women who do not abide by the hijab rules,” said Al-Nashif, calling for the repeal of all discriminatory laws and regulations that impose mandatory hijab.

Thousands have taken to the streets in a number of cities across the country, including in Tehran, Isfahan, Karaj, Mashhad, Rasht, Saqqes and Sanandaj, in protests against Amini’s death. Security forces have reportedly responded with live ammunition, pellet guns and teargas. At least two people have reportedly been killed and several injured, and a number have been arrested.

Al-Nashif condemned the reported unnecessary or disproportionate use of force against protesters, and called on Iran - as a State party to the International Covenant on Civil and Political Rights - to respect the right to peacefully exercise freedom of expression, assembly and association.

The Acting High Commissioner also echoed past deep concerns of the UN Secretary-General about the ongoing repression of women human rights defenders who object to compulsory veiling and the response of the authorities to protests against compulsory veiling.