Iran Protests: Death Toll Rises to at Least 201/Children Victims of the Crackdown

IranProtests2022
Share this
Iran Human Rights warns of the impending bloody crackdown against protesters and residents in Kurdistan, Sanandaj in particular, and demands urgent action by the international community. 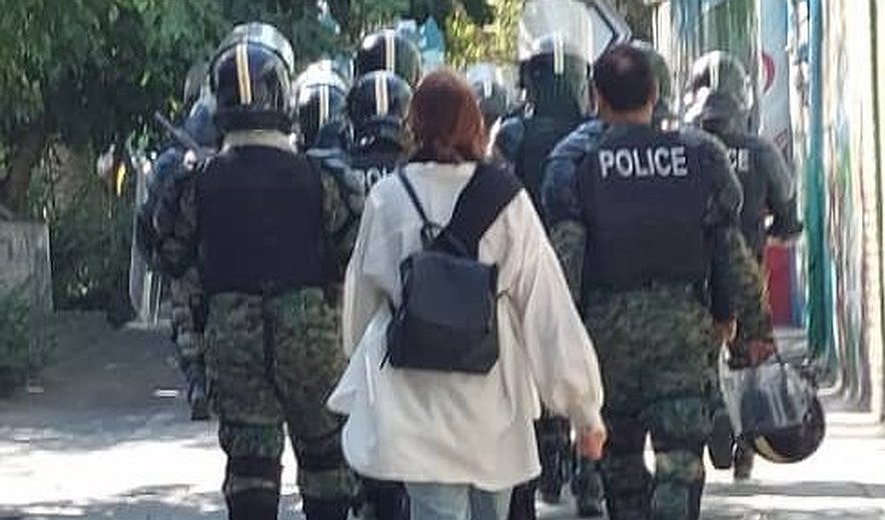 Iran Human Rights (IHRNGO); October 12, 2022: At least 201 people including 23 children, have been killed in the nationwide protests in Iran. The investigation into the extent of the repression and possible number of deaths in Kurdistan over the last three days is still ongoing. The city’s internet has been severely disrupted.

Over the past week, many protesting school children have been arrested on the streets and in schools. Videos shared on social media confirm that security forces have been violently cracking down on protests by school pupils. “Children have a legal right to protest, the United Nations has an obligation to defend children’s rights in Iran by applying pressure on the Islamic Republic,” said Iran Human Rights Director, Mahmood Amiry-Moghaddam.

According to information obtained by Iran Human Rights, the number of protesters killed by security forces has risen to at least 201 people. Of those, 23 were under 18 years of age but have not all been verified through document evidence. Iran Human Rights is working to obtain confirmation of their ages.

Universities and schools across the country have also participated in the protests in the last two weeks, making their suppression a priority for the state. Security forces have visited several schools where protests have taken place and arrested its pupils.

Protesters have been killed in 18 provinces, with the most reported in Sistan and Baluchistan, Mazandaran, Gilan, Kurdistan and Western Azerbaijan. The most deaths were reported on 21, 22 and 30 September.

Some were killed instantly and some passed away from their injuries later. According to reports received by Iran Human Rights, many of the injured protesters were refused admission to hospitals and medical centres or were treated at home due to the fear of arrest.

On October 9, protests took place in Rasht Central Prison (Lakan). According to reports, at least six prisoners were killed by prison guards. Iran Human Rights continues to investigate the events on Sunday and has not included the deaths at the prison in the protester death count.

Petrochemical and oil contract workers in Asalouyeh, Bushehr and Abadan have also joined the nationwide strikes and protests.

Iran Human Rights has further received numerous reports of the mass arrests of protesters and civil society activists who have been identified by intelligence agencies. The use of torture and ill-treatment against protesters has been widely reported, with at least two deaths in custody. Families have told Iran Human Rights that their loved ones are under pressure to force televised confessions.

On September 30, people gathered after Friday prayer in Zahedan to protest against the rape of a Baluch 15-year-old girl by Chabahar’s police chief which was bloodily suppressed by security forces. It has since been named “Zahedan’s Bloody Friday.” The number of those killed has been reported as at least 90 by the Baluch Activists Campaign. Some of those have died of injuries since the bloody crackdown. On October 3, four other Baluch citizens who were driving in an open roof car were shot and killed from a military helicopter in north Zahedan. Iran Human Rights has not counted their deaths in the total number.