IranProtests2022
Share this
The international community must strongly warn the Islamic Republic of the consequences of executing protesters. 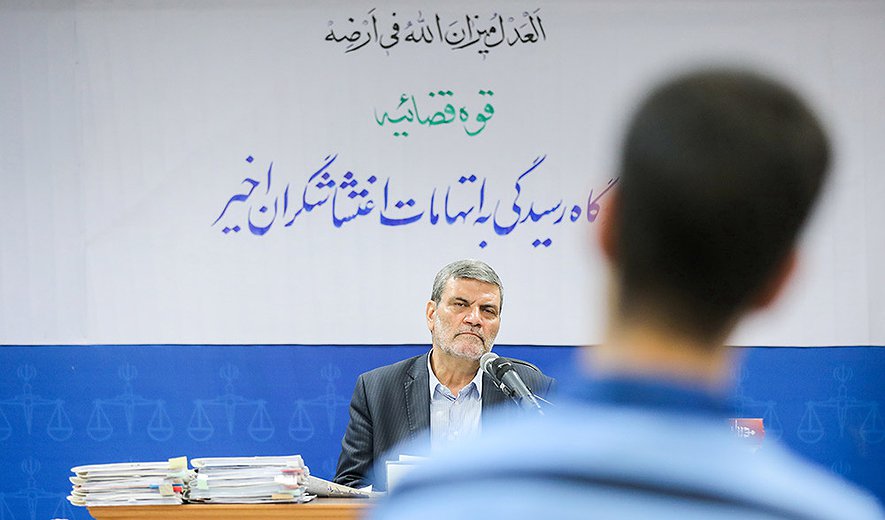 Iran Human Rights (IHRNGO); November 14, 2022: A protester has been sentenced to death by the Revolutionary Court, according to official reports. Evidence indicates that Islamic Republic authorities may be planning to carry out hasty executions. At least 20 protesters are currently facing charges punishable by death per official reports.

Iran Human Rights calls on the international community for urgent action before it is too late. Director, Mahmood Amiry-Moghaddam said: “The international community must strongly warn the Islamic Republic of the consequences of executing protesters. Summoning their ambassadors and implementing stronger effective human rights action against state officials are amongst the consequences European countries must consider.”

According to the judiciary’s Mizan online, an unnamed protester has been sentenced to death on charges of moharebeh (enmity against god) through arson of a government building and efsad-fil-arz (corruption on earth) by the Revolutionary Court. From previous official reports from protester trials, Manouchehr Mehman Navaz and Mohammad Boroughani have both been tried for charges of moharebeh for arson of government buildings.

Mohammad Ghobadlu, who has is awaiting sentencing for charges of efsad-fil-arz by the Revolutionary Court and facing the death penalty for murder charges by the Criminal Court, is another protester who may be at risk. According to an Instagram post by his mother, Masomeh Ahmadi, Mohammad has been transferred to Rajai Shahr Prison without notifying his family or lawyer. According to Iran Human Rights sources, he may have been transferred to solitary confinement without access to his lawyer.

On November 12, Mizan online reported that indictments had been issued by the Karaj Public and Revolutionary Court against eleven people including a woman, for charges of efsad-fil-arz. The forced confessions of the eleven unnamed defendants in the case have already been aired by Islamic Republic state television. These eleven prisoners are in addition to the nine protesters previously reported by Iran Human Rights.

Underlining the Islamic Republic's history of using the death penalty to create societal fear, Iran Human Rights warns of the possibility of hasty executions without any prewarning. The organisation calls on the international community to prevent such crimes with timely action.