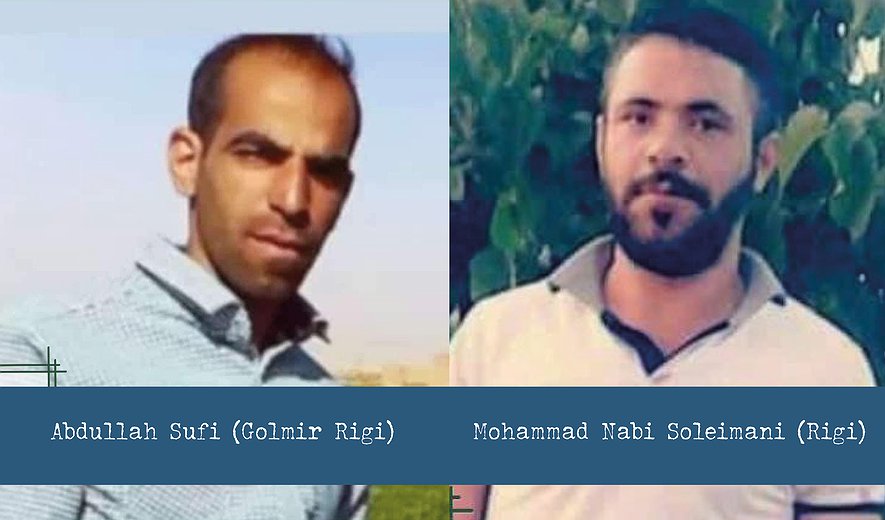 Iran Human Rights (IHRNGO); November 18, 2022: Mohammad Nabi Suleimani and Abdullah Sufi, two Baluch men who had always denied the drug charges against them, were executed in Torbat Jam Prison despite a prison protest to prevent their death.

According to Hal Vash, two Baluch men were executed in Torbat Jam Prison on November 15. Their identities have been reported as 31-year-old Mohammad Nabi Soleimani (Rigi) and Abdullah Sufi (Golmir Rigi), both natives of Saleh Abad In Khorasan Razavi province.

They were arrested on 18 June 2019 while in a taxi on their way home by the border police. They were not in possession of any drugs and according to the Baluch Activists Campaign, they had repeatedly denied the charges in interrogations and in court. However, the presiding judge at the Revolutionary Court, Judge Vaziri, ignored the evidence and sentenced them to death.

The Baluch Activists Campaign also reported that prisoners at Torbat Jam Prison had protested their planned executions on November 7 which had continued for hours.

Following the prison protest, prison phones were cut off and a number of prisoners transferred to Mashhad Central Prison.

As of 10 October 2022, at least 428 people including two juvenile offenders and 12 women were executed by the Islamic Republic, an 89% increase compared to the same period last year. At least 180 people including a woman have been executed for drug-related offences since the beginning of the year. This is while 83 people were executed for the charges in the same period in 2021 and 18 in 2020.