Iranian authorities react to IHR’s report: The man who carried out the public execution was 23 years old! 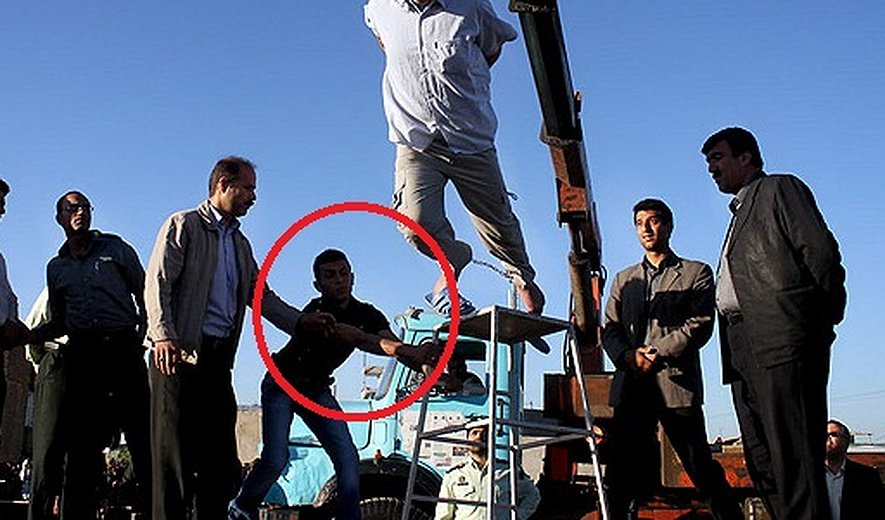 Iran Human Rights, May 28: Iran Human Rights (IHR) had published a report on May 26th regarding the public execution of "Mehdi Faraji" in Qazvin titled: "Young boy was used to carry out execution of a man in public in Iran". The information was based on eyewitness reports who said, "A young boy was used to draw the chair Mehdi was standing on and carry out the execution." In the statement, Mahmood Amiry-Moghaddam, the international spokesperson of IHR said, “These barbaric executions and using ordinary citizens, especially minors, to carry out the executions must be condemned by the world community.

” He added, “Iranian leaders must be held accountable for promoting a culture of murder and brutality in Iran”. In reaction to IHR’s report, Ebrat News, a site close to the Iranian authorities revealed more details about the execution in Qazvin. According to the site, the young man who carried out the execution was identified as Ali, 23, the son of Kimia, one of the women allegedly murdered by Mehdi. Ebrat News wrote: “The man was not a minor as claimed by some sites…so-called human rights defenders have forgotten that, according to the qesas (retribution/eye-for-an-eye) law in a murder case [in Iran], the execution must be carried out by the family or the oldest child of the offended”. 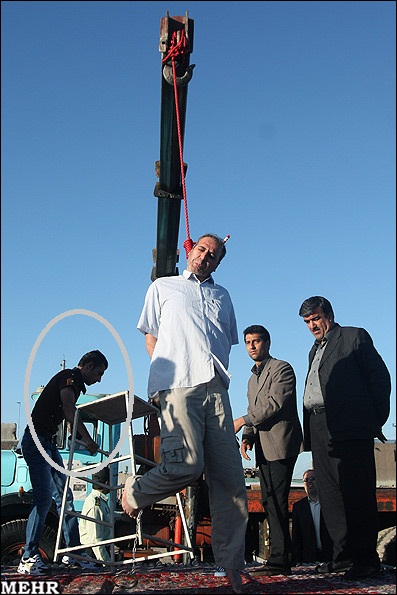 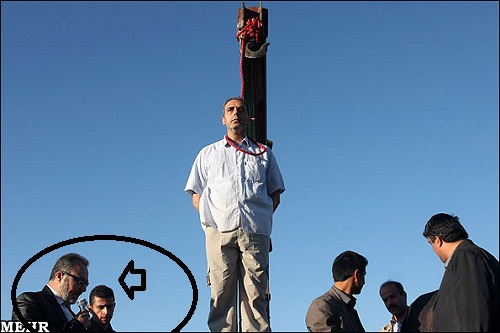