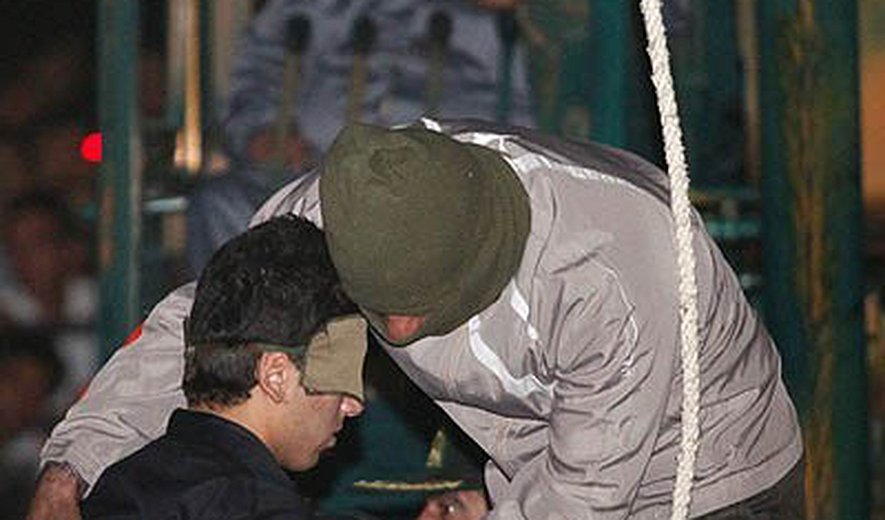 Alireza Mollasoltani was convicted of stabbing Ruhollah Dadashi, the Iranian champion of weightlifting.

The state-run Fars news agency reported that, before he was hanged from a crane, Alireza was crying loudly and asking for forgiveness while calling for his mother and some religious figures.

Iran has ratified the UN convention on the Rights of the Child, which bans the death penalty for offences committed by persons under the age of 18.

Alireza Mollasoltani was born in December 1993. He was still a minor at the time of the execution. After the execution, Ali Rezwanmanesh, the representative of the Judiciary present at the scene of execution, told news reporters that "Alireza was not a minor, according to Sharia, since in the Sharia the lunar calender in used and the years are shorter."

Mahmood Amiry-Moghaddam, the spokesperson of Iran Human Rights said in a comment: "Alireza’s execution is unlawful, according to international laws and the Supreme Leader Ali Khamenei and the head of the Judiciary Sadeq Larijani should be held responsible for today’s execution and other unlawful executions that take place in Iran". He added: "The international community should not tolerate the execution of children in 2011."