Nine prisoners, among them one woman, were executed in Iran today- Three of the prisoners hanged in the public 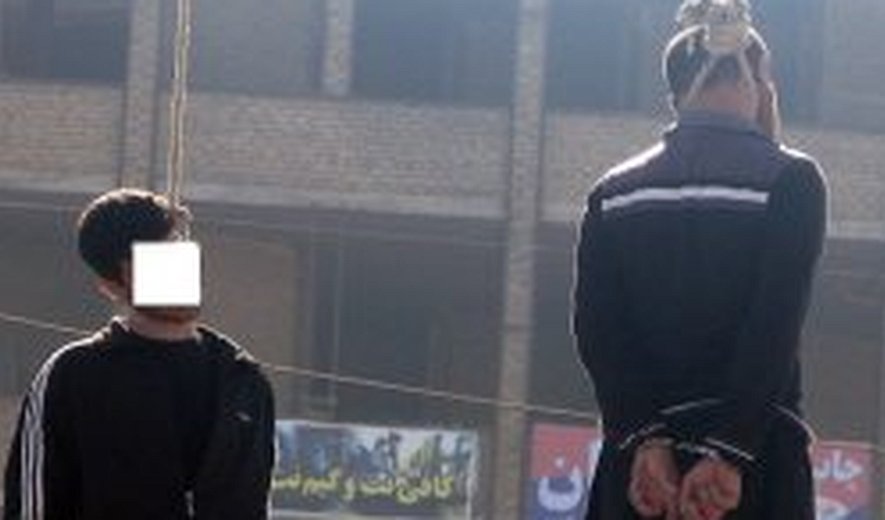 One woman and five men were hanged in the prison of Kermanshah:

According to the staet run Fars news agency six prisoners were hanged in the prison of Kermanshah early this morning. Quoting Kermanshah’s prosecuter Mojtaba Maleki the report said: "Six prisoners, among them five men and one woman, were sentenced to death convicted of drug trafficking". None of the prisoners were identified by name.

H." and "M. R." were hanged in the Azadi (freedom) Square of Kermanshah this morning. The men were convicted of kidnapping and rape of five women, said the report.

Fars news agency reported that the men were 23 and 25 years old.

One prisoner was hanged publicly in Saveh:

A young man identified as "M.S." was hanged publicly in the Khalij-e-Fars (Persian Gulf) Square of Saveh (West of Tehran) reported the state rn Iranian news agency ISNA. The execution took place this morning and the prisoner was convicted of raping a woman two years ago, according to the report.

According to the sources IHR has been in contact with, the prisoner’s name was "Mansor Salamat".