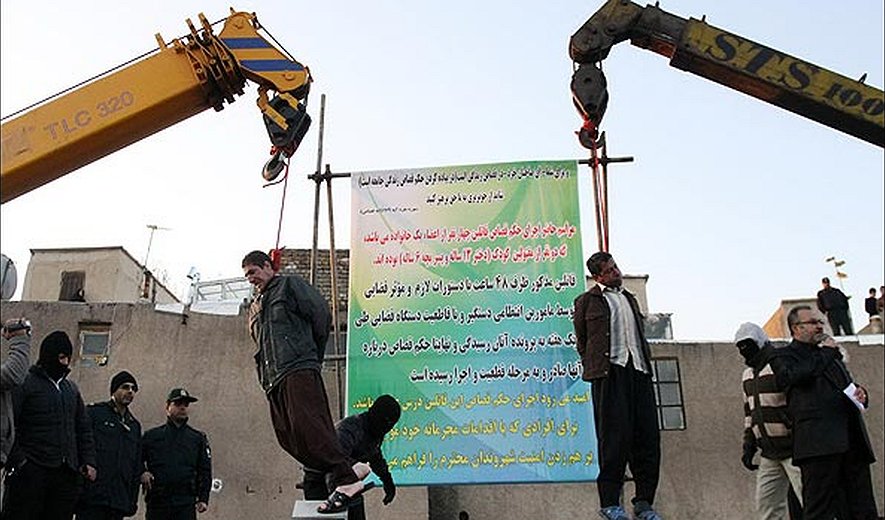 According to Jamejamonline (Iranian state television website) two young men identified as "Mohammad" and "Ali" (age not mentioned) were hanged publicly in the Navab-e-Jonubi Street og Qazvin this morning. The men were convicted of murdering four members of a family in March 2011.

According to the official and unofficial reports at least 16 people have been executed since the Chrstmas day (25. december 2011).