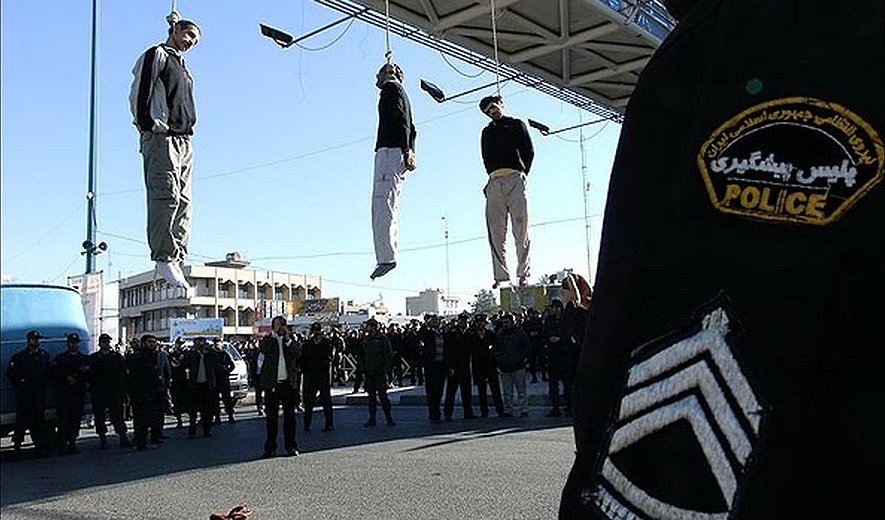 According to the official and unofficial reports at least 33 people have been executed in the first five days of January 2012. Mahmood Amiry-Moghaddam, the spokesperson of Iran Human Rights (IHR) strongly condemned these executions and urged the international community to react to these barbaric acts.

According to the state run Iranian news agency Fars, three prisoners were hanged publicly in the Azadi (Liberty) Square of Kermanshah, west of Iran.

According to this report the prisoners were identified as "Alireza Ahamdi" (48), Sadegh Eskandari (33) and Sasan Basami (36) and they were convicted of armed robbery of a bank in August 2011.

Kermanshah’s Liberty Square has been the scene of several public hangings in 2011.

One man was hanged in northern Iran yesterday :

According to the Iranian news website five prisoners were hanged in two different prisons in Kerman province yesterday January 4.