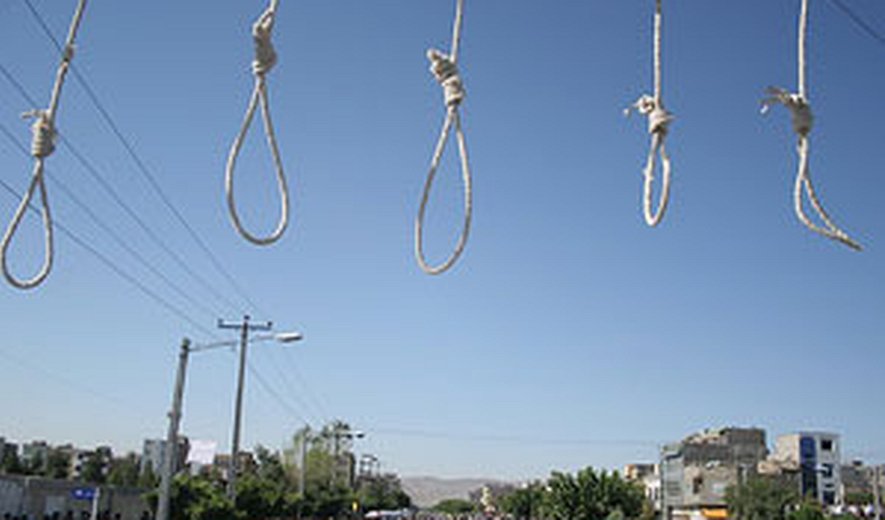 Iran Human Rights, March 11: After a short break in executions, which is thought to be due to the Parliamentary elections, the execution wave in Iran has started again.

At least 13 people have been executed in Iran, according to the official and unofficial sources during the last five days.

Earlier this week Iran Human Rights (IHR) published its annual report on the death penalty in Iran, according to which at least 676 people were executed in 2011- the highest number of annual executions since the early 1990’s.

According to the Iranian state, the three men, who were not identified by name, were convicted of rape. They were between 23 and 24 years old and were arrested in summer 2009.

Eight prisoners, among them two women, were hanged in southeastern Iran:

According to the rights group "Human Rights and Democracy Activists in Iran" (HRDAI), eight prisoners were hanged in Zahedan prison (southeatern Iran) on the morning of Saturday, March 10. According to the report, all the prisoners were convicted of drug trafficking and there were two women and two Afghan citizens among them. Three of those executed were identified as:

This report has not been confirmed by official sources.

According to the official Iranian news agency IRNA, one man was hanged publicly in the town of Shirvan (northeatern Iran) on Tuesday, March 6. The report said that the man, identified as Yunes Shafigh (age not mentioned), was convicted of murdering a school teacher who had allegedly physically punished the offender’s brother.

On the same day, another man was hanged in public in the Fardis area of Karaj (west of Tehran). The man, identified as Amin (20 year old) was convicted of murdering a 23-year-old girl by the name Elham, and was sentenced to retribution. The family of the offended (Elham) had to pay half of the blood money since the blood money for a man is twice as much as the blood money for a woman, according to the Iranian law.

Iranian authorities informed the families of five prisoners from the Arab-dominated Ahwaz province that their sons will be hanged in public “within days” for allegedly killing a security member and wounding another in 2011, a local human rights activist told Al Arabiya on Tuesday. The detainees include three brothers – Abdolrahman, Taha, and Jamsheed Haidari – and their cousin Mansour Haidari and Amir Moawya. They were arrested in 2011 and charged with the murder of a security member and the wounding of another person. Their families say the prisoners confessed to the murder under torture.

In a statement, the Spokesperson for IHR, Mahmood Amiry-Moghaddam, urged the international community to put pressure on the Iranian authorities to stop the scheduled executions.