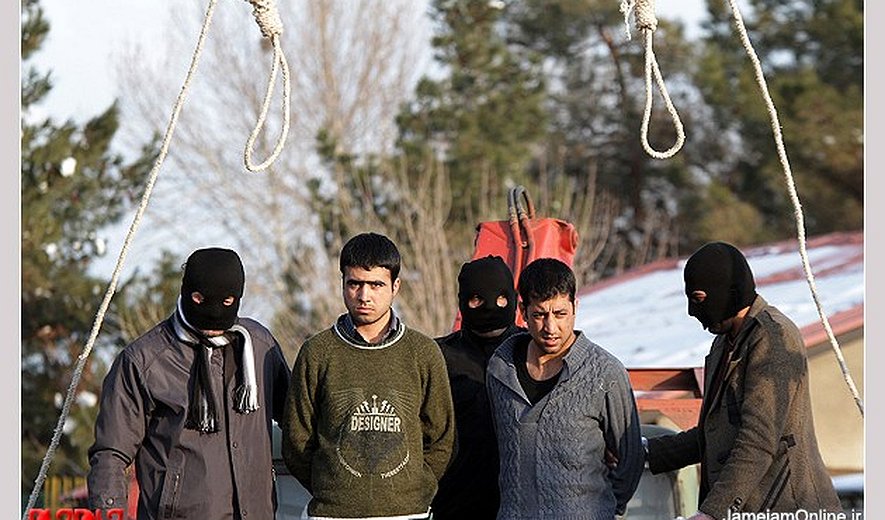 According to an official Iranian news agency, the men were charged and convicted of involvement in 13 rape cases. They were arrested less than three months ago. The public hangings took place in Mashhad’s Ferdowsi Square at 6:30 AM local time.

The prisoners were identified as Akram Norouz Zahi, known as "Yasein", and Mojtaba Afshar, known as ’Saddam". One of the prisoners was an Afghan citizen, according to the state-run news agency Fars.

According to the Iran Human Rights annual report on the death penaltythere was a dramatic increase in the number of public executions in 2011 in Iran. 65 people were hanged publicly- that is more than three times the number in 2010 (19 public hangings) and 7 times higher than in 2009 (9 public executions).

It seems that this trend is continuing in 2012 where so far at least 15 people have been hanged publicly.

Today’s public executions took place just one day following the UN Special Rapporteur Ahmad Shaheed’s presentation of his report on the human rights situation in Iran at the UN Human Rights Council meeting in Geneva. Shaheed had criticized the dramatic increase in the number of executions, and called on the Iranian government "to seriously consider a moratorium on the death penalty for all crimes" and "to allow for legal representation of accused persons at all stages of investigations."