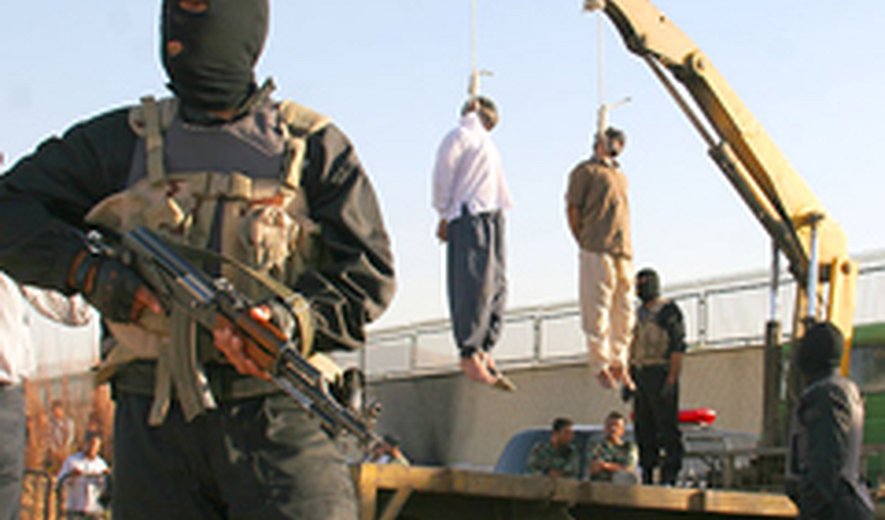 According to the official site of the Iranian judiciary, five prisoners were hanged publicly in three different spots in Shiraz.

(charged with purchasing and possessing 23 kilograms of crack). All the prisoners were arrested about two years ago

Iran Human Rights strongly condemned today’s barbaric executions in Iran. Mahmood Amiry-Moghaddam, the spokesperson of Iran Human Rights, said, "Iranian authorities executed these prisoners at three different locations in the city to ensure that their terror reaches as many people as possible." He added: "This is state terrorism, and Iranian leader Ali Khamenei and others in the Iranian political leadership must be held accountable for their crimes."