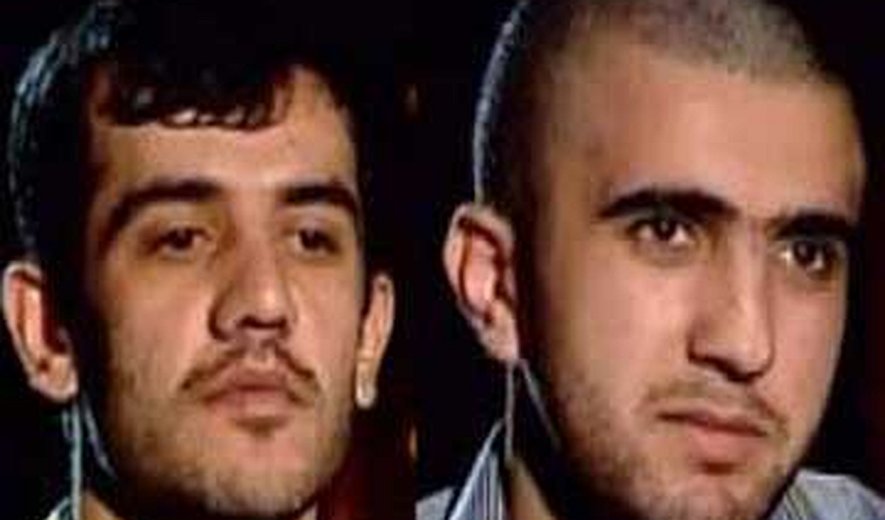 Iran Human Rights, January 6. 2013: Reports from Rajai Shahr Prison in Karaj (west of Tehran) indicate that Kurdish political prisoners, Zanyar and Loghman Moradi, who are on death row, may be in imminent danger of execution.

Reliable sources in Iran say the prisoners were given a form today with questions from the Prosecutor’s office. One of the questions in the form read, “What is the reason your death sentence has not yet been implemented?”

The same sources also say that Marivan’s Friday Prayer Imam has travelled to Tehran and was asked about the implementation of Zanyar and Loghman’s death sentences.

Loghman and Zanyar Moradi were sentenced to death on 22 December 2010 by branch 15 of the Tehran Revolutionary Court on charges of murdering the son of Marivan’s Friday prayer Imam.

According to a statement by Ahmad Shaheed, the UN Special Rapporteur for the human rights in Iran issued in March 2012, “Zanyar and Loghman Moradi were compelled to confess to allegations of murder after being severely beaten and threatened with rape.” The statement also says: "… no evidence or witnesses were brought against these men, and that they did not have reasonable access to their legal counsel.”

Human rights groups are particularly concerned about the possible execution of political prisoners after six Kurdish prisoners, belonging to a Salafi group, were executed last week.

Iran Human Rights (IHR) is strongly concerned that Zanyar and Loghman Moradi may be in imminent danger of execution. Mahmood Amiry-Moghaddam, the spokesperson of IHR said: “Reports of a questionnaire issued to Zanyar and Loghman from the Prosecutor’s office and the presence of Marivan’s Friday Prayer Imam in Tehran are disturbing and indicate that these two political prisoners may be in imminent danger of execution. The situation is especially serious since six Kurdish Salafi prisoners were executed last week. Also, we have received unconfirmed reports that several political prisoners may be executed in the near future.” Amiry-Moghaddam continued: “We urge human rights NGOs, the UN, and all countries with diplomatic ties with Iran to use all their channels to stop the execution of these prisoners.”