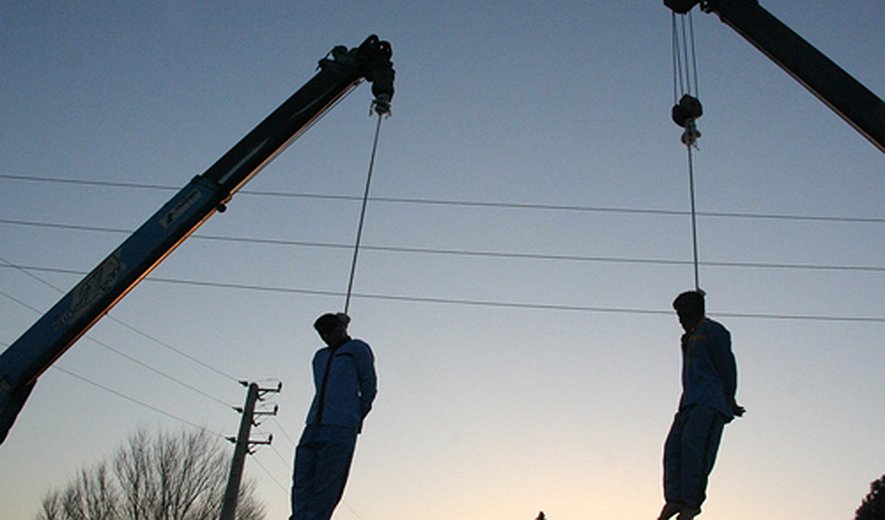 Iran Human Rights, January 19: Two men were publicly hanged in Pakdasht (South of Tehran) yesterday morning reported the official Iranian media today. The men were identified as "Siyavash" (27) and "Mahmood" (28) and were convicted of rape, said the state run Fars news agency. Iran Human Rights (IHR) had warned about the scheduled public hanging of Siyavash and Mahmood (from Rajai Shahr prison) and a third man (from Varamin prison) in Pakdasht on Thursday. According to our reports Siyavash had slit his wrist to avoid being executed. We have no news of the third man who was scheduled to be executed in Pakdasht.

Public hanging in Urmia: A young man identified as Hamed (23) was publicly hanged in the city of Urmia (north-western Iran) early this morning. According to the state run ISNA news agency the prisoner was convicted of murdering another young man. Two men scheduled to be hanged publicly in Tehran tomorrow: According to the state run Fars news agency, two prisoners are scheduled to be executed in public in Tehran tomorrow morning Sunday January 20. The men were arrested 35 days ago and convicted of "Moharebeh" and "Corruption on earth" for forcefully (using a knife) stealing from a man about 50 days ago. The footage of the stealing episode was spread on the YouTube. Last week another man was hanged publicly in a football stadium in Sabzevar (northeastern Iran)and the flogging sentences of four men were carried out publicly in Sabzevar and Akman (near Semnan). IHR strongly condemns the wave of public executions and floggings in Iran. Mahmood Amiry-Moghaddam, the spokesperson of IHR said: "The international community must react to the horror show of public medieval punishments orchestrated by the Iranian authorities". He added : "These public executions and floggings are an expression of the threat that Iran’s Supreme leader Mr. Ali Khamenei and the rest of the Iranian authorities feel as we get closer to the next Presidential elections in June 2013. The leadership of the Iranian authorities is willing to do whatever it takes to avoid repeating the Post-electoral protests after the 2009 elections. Spreading fear and terrorizing the society by public executions is their only efficient tool and we are concerned that the executions will increase even more in the coming months. We urge the international community to react immediately".