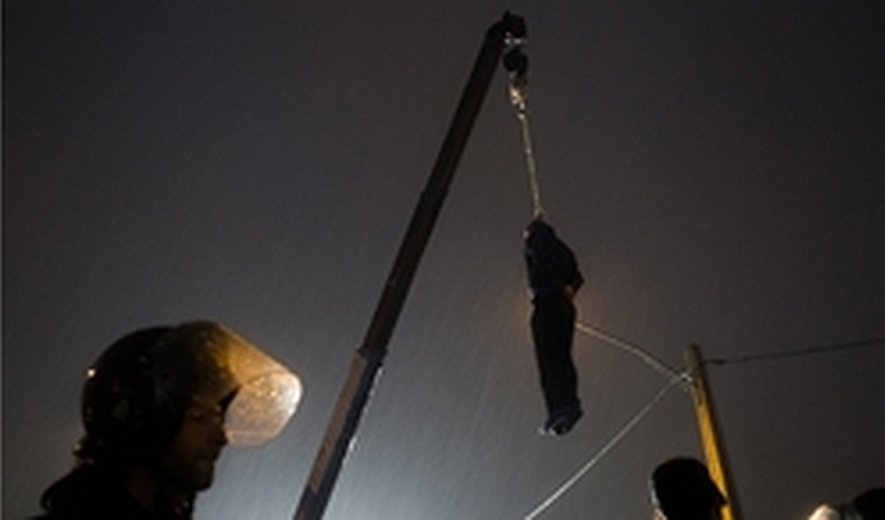 According to the official Iranian news agency IRNA four prisoners were hanged publicly in Gachsaran (western Iran) today February 28. The prisoners were convicted of a rape in 2007 and were 22-26 years old, said the report. The report didn’t mention whether the youngest prisoner was 22 year old at the time of committing the offence or at the time of the execution.

A local website identified the prisoners as "Kianoosh Anbazpour", "Yahya Bei’atpanah", "Sajjad Soltani" and "Shahzad Basiri". Iran Human Rights is investigating this matter as one of the prisoners executed today might be a juvenile offender.

One prisoner was hanged in Semnan (northern Iran) today:

The official website of the Iranian judiciary in Semnan reported that one prisoner identified as "R. Kh." was hanged in the prison of Semnan this morning. The prisoner was convicted of possession and trafficking of 1163 grams of crack, said the report.

One prisoner was hanged in the prison of Kashan (central Iran) yesterday:

According to te Iranian state media a 31 year old prisoner was hanged in the prison of Kashan Wednesday morning (yesterday). The prisoner who was identified by name was convicted of trafficking 3 kilograms of heroin in 2010, said the report.