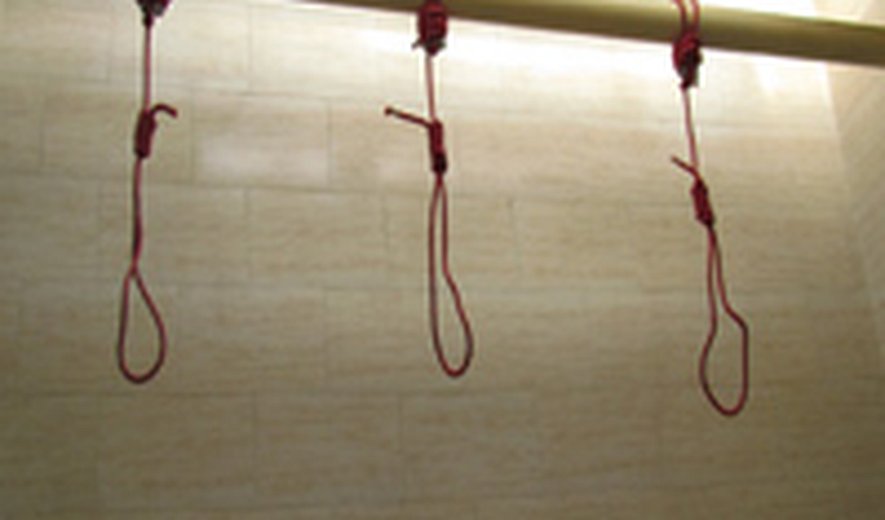 Iran Human Rights, July 6: At least 14 prisoners have been executed according to official and unofficial reports from Iran today. Seven other prisoners were scheduled to be executed today according to unconfirmed reports.

According to official and unofficial reports at least 60 prisoners have been executed after the Presidential elections in Iran.

11 prisoners were hanged in southeastern Iran, according to unofficial sources:

According to "Human rights and democracy activists in Iran" (HRDAI) 11 prisoners, five of them women, were hanged in the prison of Zahedan this morning.

Four of the prisoners were identified as Rasoul Khorouj, Vahid Rigi, Hamid Najafi and Naser Naghaei said the report.

These executions have not been announced by the official Iranian sources.

According to unconfirmed reports seven prisoners were scheduled to be executed in the northern city of Rasht. The reports are not confirmed yet.